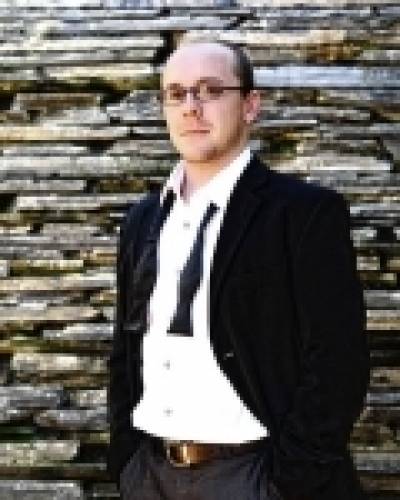 Gabriël started his piano training at age 10. He attended the National School for the Arts in Johannesburg. Under his piano teacher, Mr. Marius Du Plessis, he matriculated with distinction in music (piano).

He continued his piano studies under the well-known piano professor, Joseph Stanford, at the University of Pretoria.

Gabriël has traveled to the United States where he worked as pianist and music director at a Summer Festival for the Performing Arts. He has performed extensively throughout South Africa, both as piano & organ soloist and accompanying other musicians. He has featured on tv shows like Pasella, and radio stations Classic FM & Voice of Soweto. Among the work done for the SABC are the Miss Teen SA pageants.

Also a keen composer, he has written music scores for several productions. One of the films, Escudo, received a Golden Horn at the 1st SAFTA awards. More successes are the films Pinky Pinky (SAFTA Golden Horn nominee) and Orange Sky. Other compositions, such as the various transcriptions for solo violin, are popular sellers. His compositions are available on scoreexchange.com. Alternatively click on the Compositions tab above.

He has a Performer's Licentiate (Piano), UNISA.

His debut album – Piano Tribute – was recorded in June-July 2013 at Maranatha Record Company. Piano Tribute is a classical/gospel CD with songs such as Via Dolorosa, Amazing Grace and beautifully written Hymn medleys. For more about the CD, including downloads and orders, click on the Albums tab above.

He has held various church organist positions in Pretoria, and currently in Stellenbosch. He is a member of SAKOV (South African Church Organist Association). As organist he frequently plays for funerals, weddings and other occasions. In August 2014 he was awarded a study bursary by SAKOV. He is advancing his organ qualifications through UNISA under Dr. Mario Nell (SU).

He is married to Lenné Oberholzer, who is an artist and master cake decorator. When he is not busy with his various music projects he enjoys playing golf and training Kung Fu.

I really appreciate the responses I'm getting from everyone who view my music. I thank you for your support and suggestions. If you are performing or using my music for anything I would love to hear how it is received and so forth.