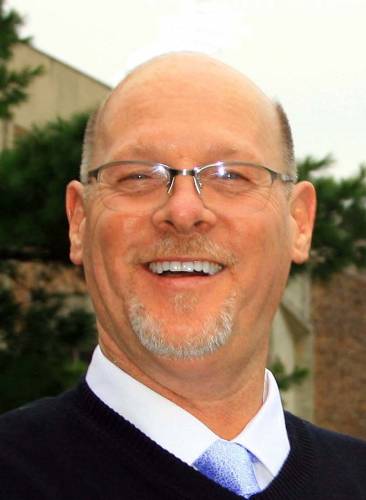 As a graduate of Trevecca Nazarene University - Nashville, Rick studied music with emphasis in voice. He is an avid composer, scoring predominantly in the choral genre. His choral music has been performed by many choirs throughout the U.S., England, Scotland, and Indonesia. Most notably by his Alma Mater's Mens, Women's and Concert Choirs. Other performance, premieres and commissions, to name a few, by the Wesleyan College Concert Choir, Southwest High School Chorus, Northside High School Choral Ensemble, the Choral Society of Middle Georgia (CSMG)in the Middle GA area. The West Corning High Occidentals, the Ithaca High School Chorus and Horseheads High School Concert Choir and Ward-Melville Camarata and Concentus Women's Chorus, all of NY; the Hixson High School Women's Chorus in Chattanooga, TN. The William Baker Chorale (ATL and KC,MO) and the Four State Honor Choir in Maryville, MO and Sister Sound, Lexington, KY. He has scored music for the film project entitled "Creekwater", as well as, public service announcements, in collaboration with video production majors at the Savannah College of Art and Design. He is a member of the American Composer's Forum and ASCAP and has received ASCAP awards since 2005. He was a top finalist in the Ithaca College Choral Composition Competition for 2002 "Silence Has Voices", which also placed 2nd in the Northwest Missouri State University's Choral Composition Competition 11/04, which received its performance by the Four State Honor Choir and the Tower a Cappella Choir of NMSU in Jan 05. His work entitled "Enigma" was an Ithaca 2003 finalist. "City of the Heart" received second place in the 2005 at Ithaca. Most recently, he was awarded first place in the Northwest Missouri Status University Choral Composition Competition 2007 for his work "Pie Jesu" for SATB divisi and piano which received its premiere in Jan 07. He made his fourth appearance as a finalist at Ithaca in Nov. 08 with Shakespeare's Kiss - SATB and piano. His fifth appearance in Ithaca with a premiere performance by the Ithaca High School Chorus of "Breathe on me, Day!" finaled in Nov 09. Brass arrangements of his scores have been written, recorded and performed by The Brethren Brass and Mojo Brass. "To Go Away" was Rick's 6th appearance as a top finalist at the Ithaca Festival, where the Niagara-Wheatfield Concert Choir premiered the work.

His music has been featured at the summer conference for the GA chapter of the ACDA workshop of Georgia composers since 2004. Performance recordings of published works are available upon request. Please listen to the mp3 files posted with some of my music. Many of the mp3's are of live recorded performances. It is appreciated that you contact me via email should you plan performances of any of my works, it is possible that I might attend the performance. A copy of the program and an audio and/or video tape would be especially appreciated to add to my archives. Advice, comments and/or constructive criticsm is most welcome.

Go to www.youtube.com/user/crickb88 to hear performances of scores by Rick Bartlett.