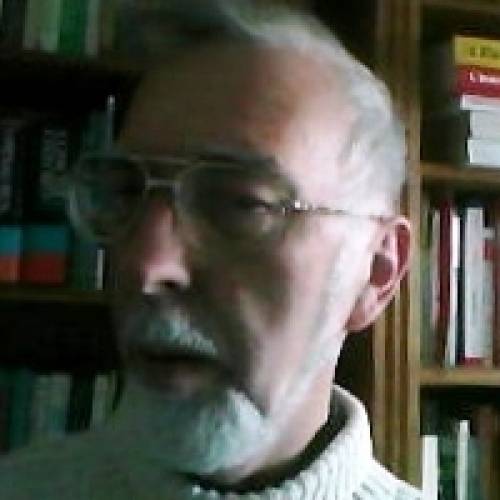 Born in 1948 in the West Midlands town of Walsall, Richard Wilkins’ first musical experiences were as a member of The Midland Boy Singers. The choir gave concerts throughout the UK and were regular broadcasters from the BBC Home Service studios in Birmingham. He also studied the ‘cello with the late Leslie Sutton.

He received recognition as a composer in his teenage years but put composition to one side in order to pursue a career in Engineering.

At Sheffield University he obtained a degree in Chemical Engineering. During the university years he expanded his musical experience as a member of a chamber choir specialising in liturgical music, and was also introduced by fellow students to the pleasures of playing chamber music.

In the late 1970’s and early 1980’s he was a regular attendee at the Dartington Summer School, preferring to take part in performance workshops rather than the composition studies going on at that time.

In the 1990’s his spare time was taken up as the cellist of a string quartet engaged chiefly for weddings and corporate events.

Richard Wilkins developed his skills as a composer as a natural extension to his life-long musical performance activities. He has developed his skills by providing music to play and sing with the musical groups he has performed with and encountered. This experience has given him the ability to match his compositions to the abilities of a wide range of performers and he has enjoyed practical feedback from them. Whilst he may have felt himself to have been unfashionably conservative in the seventies and eighties, he now feels that his musical voice has reconnected to current tastes. Richard is only happy when music is enjoyed by both performers and listeners.

In 2002 Richard Wilkins took early retirement from a thirty year career in Engineering in order to devote more time to composition. He was successful in having first performances of his music within a year: “Viola Concerto” at the University of Leicester and “English Folksong Arrangements” performed by the Marlborough Choral Society in 2002, and “Moving Home” for string orchestra at the Hungerford Arts Festival in 2003.

From 2002 to 2017 he lived in the village of Bampton in West Oxfordshire, his time divided between Parish Council work and Composition. During that time he concentrated on the composition of Church music. The excellent parish church choir of St Mary in Bampton provided an immediate outlet and enabled him to test and refine his choral music which now represents the majority of his output.

Richard now lives with his wife Grace in Ludlow, Shropshire.