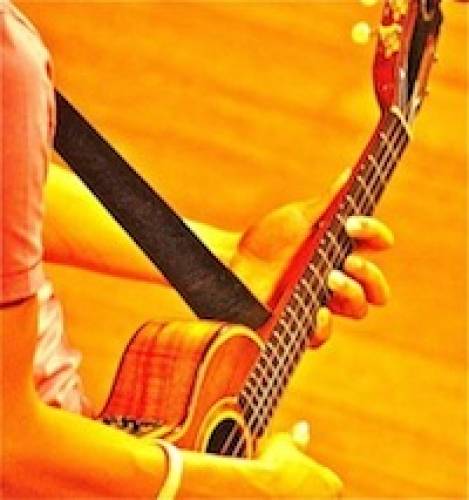 Music in Dreams are musical encounters that occurred during sleep. In his own words….."During my formative years, music in dreams have been part of my sleep, not frequently but once in a while when I am not expecting of it. I have no formal education in music–in fact, I am a physician, and I have no proficiency in playing any musical instruments except that through the years, I have been tinkering with the piano keyboard hooked up to my computer, hoping that these musical encounters would manifest physically–able to hear these musical encounters on sound equipments, i.e. computer speaker, etc."

Lately, Eliasar discovered Sibelius software, and to make the story short, the limited collections of music in dreams can be heard and seen in print.

Before that, he used to dictate or record his encounters on a cassette recorder or grab a digital music transcriber so he can remember what he had heard during his dreaming encounters.

To learn more about music in dreams and Music and the Human Brain in general, go to SALIDONAPUBLISHING.COM and SALIDONA.COM for more info. Meanwhile, enjoy your sight reading and listening here on SibeliusMusic/Score Exchange.

Dr. Eliasar A. Simon received his B.S. in Zoology from Far Eastern University in Manila, The Philippines. He received his M.D. from Far Eastern University School of Medicine in Manila, The Philippines. He finished his postgraduate internship and residency training in pediatrics from the University of Medicine and Dentistry of New Jersey-New Jersey Medical School in Newark, New Jersey, U.S.A. He is a licensed physician in the State of Hawaii, U.S.A.

Music In Dreams One
Angels Talk
Blue Sparkles
Mellow Dream
Kaneohe Bay
After The Day Has Gone
Strolling Down The Seashore
Naturalle
Scented Pillow
Celestial Waltz
Moanalua Bay
The Hawaiian Pride--The Slack Key
Shade Of Green
Sweet Purple
By The Hanauma Bay
Ko Olina Blues
Secret Letter
Celestial Waltz
I'll Wait And See
Kaneohe Bay
In My Dream
Music In Dreams Two
An Option To Rock
Blue Dawn
Life's Pleasures
Mid August Breeze
I Got That Thing On The Road
Soft As Clouds
Sweet Harmony
Lavender Blue
We Are The Dreamers
To Be Born In This World
You Are My Inspiration
Secret Letter Reprise
Thistle
With So Much Love
Angelique
Music In Dreams Three
Baby's Lullaby
And So I Must Go
Don't Give Your Heart Away
Dreams Are Made
Jamming The Music
Just A Fantasy
Goodbye From Me For Now
Gone With Summer
Music Goes On
My One And Only
One Soothing Color
So Be Free
One Midday In August
Splendid Thing Called Love
Much More Than That
When The Wind Has Come
When I Was In Rome
Cattleya's Heart
Where's That Love
This Is Not To Say Goodbye
Music In Dreams Four
All The Time
Burgundy Glow
Cottonwood Park
I Am So In Love
I Can Feel You
I Am Still Around
I Can't Explain
Happy As A Meadowlark
I Know I Will Find You
Jumping Stalks
Little Girl Dance
Roses And Romance
I Will Remain Forever
The Day Is Still Long
It's Not Too Late
The Morning Sound Of Life
The Golden Leaves On My Windows
The Cabin By The Lake
For Me It's Not The Same
Baby Moose
Music In Dreams Five
Aster
Blue Horn On Blues
Awesome Shadow
Can't Get Through Me
March Of Angels
From Now On
Naturalle Reprise
Grow And Glow
Nobody's Place
Nothing But You
Circle Of Joy
Nowhere Love
Perfect Cone
Sadness Won't Last
I Have Nothing To Loose
Vienna's Back
Watching Over Me
To Me Yesterday Is Wonderful
The Earth Song
Best For Last
Music In Dreams Six, The Beyond Edition
This Will Keep You Warm
Christmas Song
It's Christmas Once Again
My other music
I Chose To Have You
Many_Dreams_Forgotten
The Waves Of The Sea
Words Unspoken
ScoreExchange.com is operated by ADAP Solutions Ltd. ©
Sell sheet music |
Terms | Privacy |
Contact us | Blog |
Advertise | Help