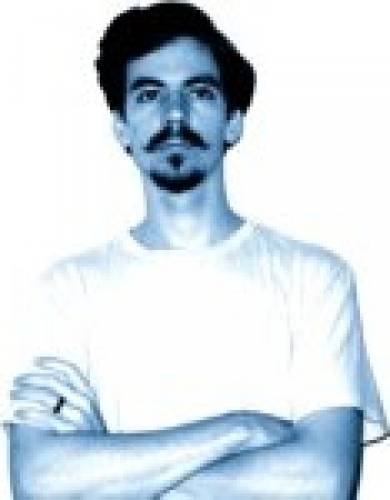 Classical composer and pianist Nathan Shirley was born in 1981 on the birthday of Russian master Sergei Prokofiev. He was raised in North Carolina, the youngest son of an electrical engineer and a pre-school teacher.

At the age of 21 Nathan Shirley composed Music for Strings and Marimba, winning an award in the Andrzej Panufnik International Composers' Competition in Poland. His piece Locorum Musica for flute and string orchestra was chosen in the First International Garden Music Competition in Krakow, and the following season he served on that competition's jury. His chamber work In the Distance was awarded 1st place in the Orpheus Music Composition Competition in Australia, and his piano piece Cultus was awarded in the Renee Fisher Composer Awards in the USA. Most recently, his composition Annabel Lee was performed and recorded by the London Schubert Players for their Invitation to Composers project. And his composition Flesh and Bone won an award in the IronWorks Percussion Composition Competition for which it will be performed, recorded, and published in 2011.

Nathan Shirley is an active performer as well as composer. He has given interviews and performed his music live on public radio in the United States, and his music has been featured on European and Canadian radio. He performs concerts of original music and has self-produced community concert events including 'Images', an original series of ten solo piano pieces performed under a large projection of the paintings which inspired each piece. In 2009 he composed and produced 'The Black Cat', a tribute to the work of Edgar Allen Poe featuring piano, string sextet, soprano, and dramatic narration. All concerts are opened with a piano improvisation, in homage to the great composer/pianists of centuries past.

Mr. Shirley's influences are very broad, from the interwoven counterpoint of Bach and the driving harmonies of Vivaldi, to the divine lyricism of Chopin and Schumann, to the wild ferocity of Stravinsky and Prokofiev, and beyond. His cross-cultural style reflects his interest in international folk music, including the exquisite timbres of Balinese gamelan music, beautifully dark Gypsy melodies, complex and layered African rhythms, exotic and highly ornamented music of Persia, and intensely fast-paced music of Latin America.

In his teens Nathan Shirley was mentored in composition by Olga Harris, the last student of Khachaturian. As a child, he discovered classical recordings and spent countless hours improvising at the piano. Though he received private lessons at age 10, he is heavily self-taught. At the age of 17 he received a composition scholarship, however after several years he abandoned the academic world to devote himself to the study and practice of classical composition as he envisioned it.

Nathan Shirley has composed many works for children, and taught piano, including improvisation and composition, to over 60 students. In western North Carolina he has worked with hundreds of public school children, introducing them to classical and world music instruments, leading them in group percussion performance, teaching the science behind sound, and exposing them to classical masterpieces through active listening. Working with children has helped shape his style and develop a strong instinct for accessible and engaging music.

He has written for independent film, animation, theater, and ballet, but composing for the concert hall is his true passion. He began accepting commissions for new work in 2005, and has since written for musicians around the world.

Nathan Shirley currently lives in the Appalachian Mountains with his wife and children. He earns much of his living as a freelance composer and pianist, performing his own compositions. He has a number of published works through Orpheus Music, and his music is available at NathanShirley.com.