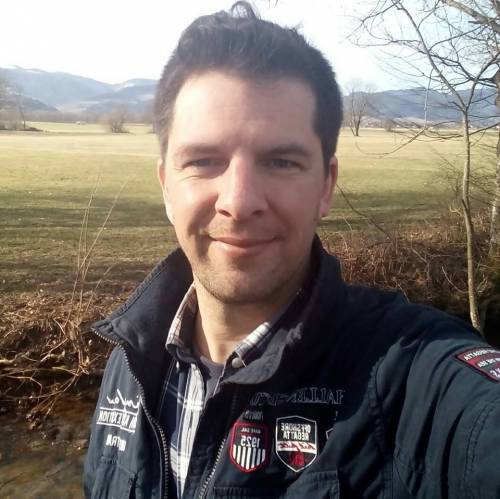 Growing up in a family full of musicians, it was no big surprise that, as soon as I could walk, that my first run was to the piano. Already at age three, as I was told by my parents, have I made my first attempts to compose my own music.

Being around eight years old, my parents decided that it would be a good idea sending me to get piano lessons. But "unfortunately" my interest in writing my own music was so great, that I quickly got bored with "just playing what other composers wrote". So it happaned, after about two years, that my parents had me try getting trumpet lessons instead, which ended the same way though.

It must have been around age 11 that I first came across the American pianist and composer Jon Schmidt, today best known from the The Piano Guys. His music and friendship had a tremendous influence upon me, and so my desire to become a full time musician got shaped around that age.

My first great love, of course, was to write piano solos. But over time I also disvocered my interest in orchestrating, and so today you will find a great variety of music amongst my compositions, going from piano solos to emotional soundtracks, aswell as to epic music. Though these make up my main genres, I still love the challenge to explore new styles of music.

Another composer that influenced my music quite a bit is Thomas Newman, not just because, to me, his music is one of the most emotional and authentic ones, but also because he is able to create such an expressive music by "simple" means, something refreshing in times where the "best music" is mostly defined by it's loudness and fatness.