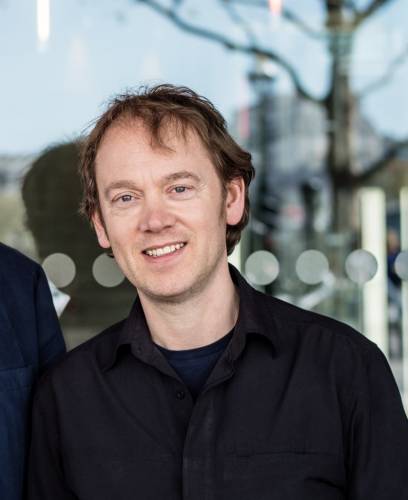 Born in 1966 Staffordshire, England, Stephen trained at Goldsmith's College, University of London, gaining an honours degree in music. He was chosen by Sir Cameron Mackintosh to study with Stephen Sondheim during Sondheim’s tenure at Oxford University as the Visiting Professor of Contemporary Theatre. Subsequently Stephen composed the music for Maddie (book and lyrics by regular writing partner Shaun McKenna with Steven Dexter), which was workshopped at the Royal National Theatre Studio before receiving its first full production at the Salisbury Playhouse. The production then transferred to the Lyric Theatre, London produced by Kenny Wax. The critically acclaimed two disc 20th Anniversary Deluxe Edition London Cast Album was released in October 2016 by Stage Door Records.

He was the co-composer, along with Laurence O'Keefe, for La Cava (book by Dana Broccoli, lyrics by John Claflin and Shaun McKenna), which transferred from the Churchill Theatre, Bromley to the Victoria Palace Theatre, London later moving to the Piccadilly Theatre.

Stephen and Shaun McKenna were commissioned by John Havu and Walter Hitz (with Stef Mens) to write an acclaimed musical adaptation of Johanna Spyri's Heidi. The show opened in Switzerland at an open air arena to universal critical acclaim. A new production of Heidi opened at the Anhaltisches Theater Dessau, Germany where it played in repertoire. Stephen and Shaun were then commissioned to write a sequel Johanna and Heidi (Heidi, Part 2), based on Spyri's second Heidi novel which played in Switzerland and was nominated for the prestigious Prix Walo Award. Stephen and Shaun McKenna were also commissioned by a German publishing house to write a musical sequel to Peter Pan, The Return of Peter Pan, which is licensed in certain territories by Concord Theatricals Berlin.

Other musical theatre projects include the score for My Father’s Son, an acclaimed musical set in the steel mills of nineteenth century Sheffield (book and lyrics by the late award-winning writer Stephen Clark) which was performed at the Crucible Theatre, Sheffield and the Lilian Baylis Theatre, Sadler’s Wells.

Stephen has also written the scores for several plays including The Broken Heart (Lyric Hammersmith Studio) directed by Jonathan Church and Peer Gynt directed by Stuart Wood at ALRA.

As well as his theatre music Stephen composes choral music. He has now composed a substantial amount of choral music including settings of the morning and evening canticles, carols and has recently composed a Requiem. Stephen's Te Deum has been sung in New York by the Sisters of Charity.