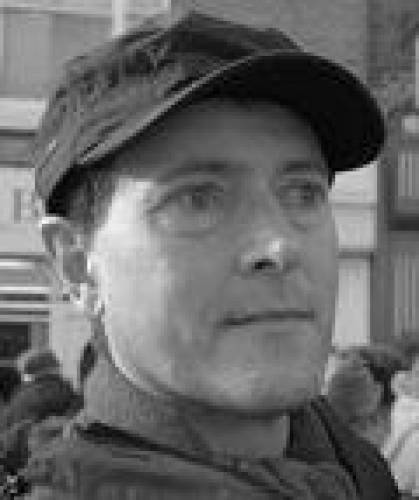 I am half of EUROPA 51 and our work is the title and credit music on the BBC TV series 'BRITAIN BY BIKE'. You can hear EUROPA 51 each week on the Resonance FM Radio show, 'Adventures In Topography'. I have also featured as a composer and performer on BBC RADIO 3.

I began writing and recording music while a student at London's ROYAL COLLEGE OF MUSIC where I studied GUITAR, PIANO and VOICE and attended composition classes with SIR PETER MAXWELL-DAVIES, JOHN LAMBERT and PHILIP CANNON.

The album 'ABSTRACTIONS' with EUROPA 51 features many recorded examples of my writing for orchestral instruments. I also play guitar and an assortment of instruments on the album. You can hear/buy it at: www.lorecordings.com/index.php?artist_id=23

I also wrote and recorded the track DNIPRO with EUROPA 51 on the CD 'RED SNAPPER REDONE'. You can hear/buy it at: www.lorecordings.com/index.php?artist_id=21

My work is used on TV and radio around the world.