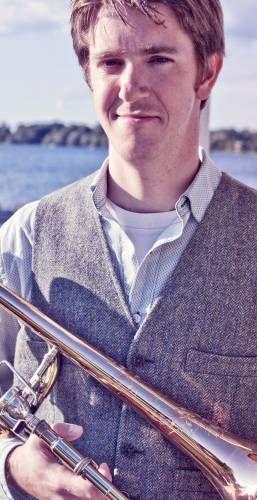 Taylor has a Masters degree in Music (Trombone Performance) from The Schulich School of Music at McGill University in Montreal, Quebec. He is currently active both as a trombonist and as a composer and arranger in Montreal.

Taylor is currently a member of The Sounds of Jazz Big Band, The Atomic Big Band, The Greg Runions Big Band, and the symphonic brass ensemble BrassWerks. From 2008 to 2009 Taylor was the Principal Trombonist of the Kingston Symphony Orchestra.

Recent highlights have included a big band arrangement he wrote in August of 2010 of a composition by New York tenor saxophonist Quinsin Nachof. The arrangement was played that September in Toronto in a concert that featured Quinsin Nachof and Tim Hagans on trumpet with The Greg Runions Big Band.

In the summer of 2011, Taylor attended the Port Townsend Jazz Workshop in Washington State, to study arranging and composition in a small group class with Bill Cunliffe.