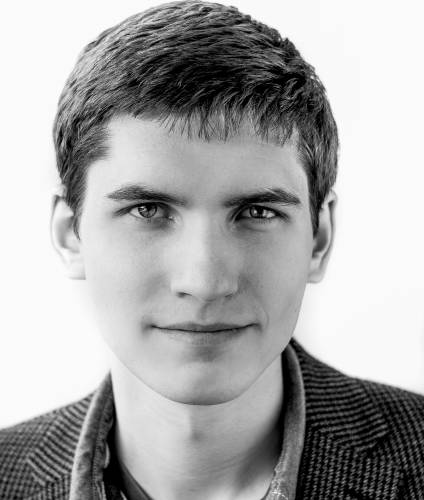 Thomas Kresge was raised in Eagle, Idaho where he graduated from ArtsWest School for the Performing and Visual Arts (now Fresco Arts Academy). He received his Bachelor of Music degree from George Mason University. Thomas has studied composition under Justin Nielsen, J. Wallis Bratt, and Mark Camphouse, saxophone under Sandon Mayhew and Rick Parrell, and piano under Danny Beal and John Healey. Thomas has written and arranged numerous works for orchestra, wind symphony, jazz band, and various chamber ensembles and continues to premier new works every year. He has had professional commissions provided by BYU-Idaho, the LDS Church, the Manassas Police Department, and other private individuals and has worked locally to provide music for a number of student film and video game projects. In 2010 he personally organized, produced, and directed a full symphonic concert featuring his own orchestral works in a benefit concert for the Ronald McDonald House where he managed to raise over $1,500 for the charity. Thomas' expertise in music extend into writing, arranging, orchestrating, and editing music in many styles, including classical, jazz, pop/rock, and electronic, though his passion and emphasis lies on dramatic orchestral works for large ensembles and big band jazz charts.