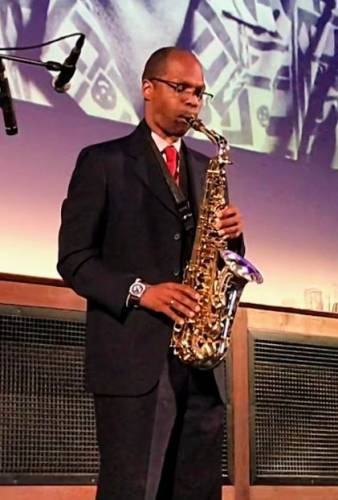 Over his career saxophonist and composer Vaughan Hawthorne-Nelson has crafted an unmistakable sound that is deeply communicative. Those who have heard him live, are immediately struck by the depth of emotion, spirit and mastery he brings to every performance. He has lead bands including some the leading lights of jazz in Europe such as Julian Joseph, Jason Rebello, Bheki Mseleku, Mark Mondesir and Gary Husband. Accepted into the world famous Berklee College of Music at the age of 17, by 20 he had already recorded two albums Emanon and The Path featuring: Julian Joseph, Jason Rebello, Steve Williamson and Cleveland Watkiss. On completing his studies Vaughan spent five years away from full time music but by 1995 Vaughan had returned to the music scene and forming his own record label TML Records. He released the aptly titled Emergence. Emergence has been described as "…an accomplished, powerful and spiritually uplifting album…". The Gift followed a year later and is imbued with a spirit of joy and release. In 1999 Vaughan released See You Therefeaturing a stellar cast: South African pianist Bheki Mseleku, Mark Mondesir on drums and Jeremy Brown on acoustic bass. Bheki was to be an ideal companion to the searching sound of his music. The album and subsequent tour cemented Vaughan's reputation as a world class performer and was followed in 2001 by the live release of the band in fiery form 'Live at The Wardrobe'. In 2005 Vaughan wrote The Freedom Suite which receiving its premier performance at The Purcell Room in London with Julian Joseph on piano and Gary Husband on drums. The suite was dedicated to Aram Rawf then a Kurdish asylum seeker fighting Home Office deportation to war torn Iraq. Aram is now a British Citizen. The suite's message of healing, hope and unity remains applicable to the current social and political landscape.

small group contemporary
Joy
Illusions
small jazz group
Suse Je
Were You There When They Crucified My Lord
Other Ways of Knowing
Where Were You
Sueno El Mar
See You There
No Borders
Job's Sorrow
As It Is
1-4-J
Visions Of The Self
A Warrior's Way
Guantanamo
Death of Innocence
Film Scores
Blood Ties 1
Blood Ties II
Love Theme
piano solo
Falling
ScoreExchange.com is run and owned by ADAP Solutions Ltd. ©
Sell sheet music |
Terms | Privacy |
Contact us | Advertise | Help