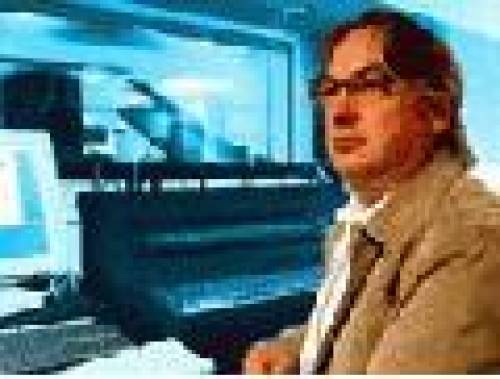 His music has been widely performed and broadcast. Compositions include: Ironwork for piano and tape, prizewinner of the ALEA 111, 1993 composition prize, and performances include the Huddersfield Contemporary Music Festival; Like Oranges for soprano and tape, Nicola Walker Smith gave the European tour of the work; and Interference for tape, performances include the United States and New Zealand. In the summer of 2000, he was the director of the Young Artists Composition Program at Tanglewood Music Festival, USA, and he was invited by the St Petersburg Composers Union to Russia as a featured composer. Recent pieces include the acousmatic work Mbira Prism performed in 2003 at the EMM Festival UMKC; and the collaborative-based project with dancer and designer (funded by Arts Council England), Three Points of Dislocation; an acousmatic work originating from the project was presented at the 2004 ICMC. The acousmatic piece Break was premiered in the Sonorities Festival 2004 in Belfast in the Sonic Art Research Laboratory, as well as at EMM and the Sonus Concert Series, Montreal, and ICMC2005 Barcelona; Break was a selected work in the Musica Nova 2004 International Electroacoustic Music Composition Competition. In 2005, he wrote the orchestral work Blood Moon commissioned by Northampton School for Girls. Still Rain is a collaborative sound installation, and was commissioned (2005) by the Beetroot Tree Gallery, Derbyshire. His acousmatic work Shelter based around his parents experiences in the 1940 Blitz received a Mention from IMEB and with other works acousmatic of his is available on the CD Taking Shelter.

He was awarded a doctorate in composition in 1995 from Boston University, Massachusetts. Until recently he was senior lecturer and director of the sound studios at the University of Northampton. Currently he is principal lecturer in composition at Coventry University. Further details visit his personal website: www.tw-hear.com