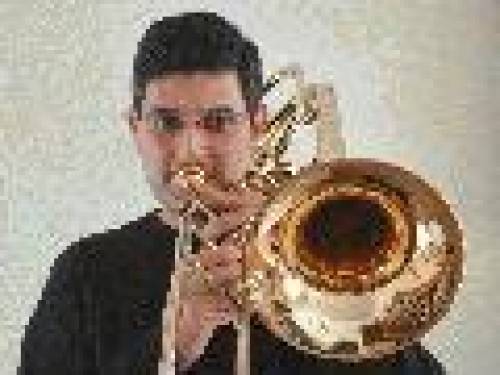 Edward Solomon started learning the trombone in 1981 while attending the John Lyon School in Harrow. He studied with former Hall� Orchestra principal trombonist Maisie Ringham, switching from tenor to bass trombone in 1985 before leaving to read Modern Languages at the University of Westminster . While taking a degree course at the University, he studied with Ronald Bryans at the Guildhall School of Music and Drama.

During his years at university, he studied abroad at the Universit� Michel de Montaigne Bordeaux III and the University of Innsbruck, also studying trombone at the local music colleges.

He is currently bass trombonist in the Ernest Read Symphony Orchestra and Finchley Chamber Orchestra. In 2002 he created Trombonanza, a multi-faceted trombone ensemble, in which he plays bass and contrabass trombones, and also arranges music for orchestra, wind band and brass ensemble, trombone ensembles of different sizes.