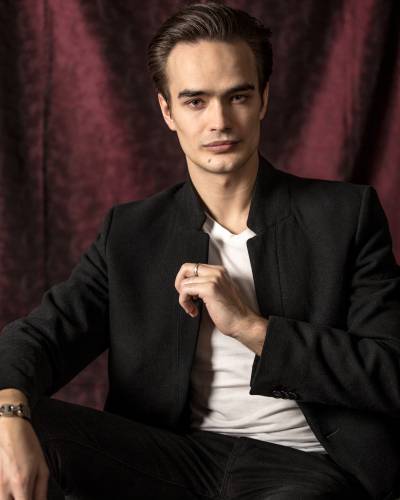 Born in 1989 in South Africa, Braam van Eeden completed his Bachelors and Masters degree in Piano Performance, at the University of Pretoria under the guidance of Professor Joseph Stanford. He studied Professional Studies Diploma in Composition with Lowell Liebermann, at Mannes The New School for Music in New York City, aided by a Susan W. Rose Career Grant, as well as an Oppenheimer Memorial Trust Scholarship.

In 2008 he won the Hesse trophy in the Beeld Eisteddfod for the best piano composition of the year; and in 2009 he won the Vladimir Viardo prize for the best pianist and piano performance in the country, ages 20 and younger. Having a passion for teaching, in 2010 he completed a higher diploma in teaching through the University of South Africa. In 2013 Braam’s Fifth Piano Sonata was premiered and performed, with great success and appreciation, throughout South Africa. Braam was commissioned to compose a number of works which were premiered in the United States, Europe and South Africa. In 2014 his work Intimità, for solo piano, received an honourable mention in Austria. Another one of his works Variations on a theme by R. Schumann, for cello and piano four-hands, received its premiere on 14 March 2015 at Merkin Concert Hall, New York City. New York Concert Review stated: “It is indisputable that Mr. van Eeden is a natural talent with seemingly limitless potential, given his youth.”

Braam has been interviewed and his music has been broadcasted, on both radio and television, in Europe and The United States. He also featured in prominent newspapers such as The New York Times, The South African Beeld, Lake Champlain Weekly and Press-Republican, to name a few. His compositions regularly feature on stages in The United States, Europe and South Africa, in both performance and masterclass settings.

In 2018 he was recognised as a Distinguished Music Teacher in New York City, by the International Music Organisation of New York.