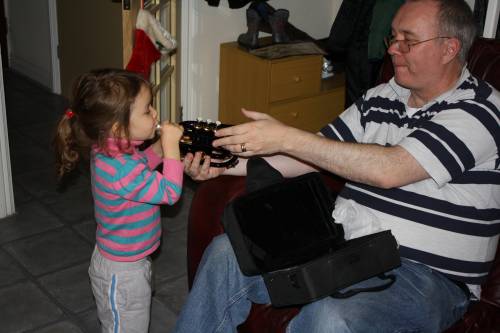 The Brass Band is my favoured musical genre, though I am equally happy listening to the classics, jazz, RnB, soul, rock and pop. My favourite bands are Genesis, Dire Straits, Danny Wilson (who?) Deacon Blue, and the 47 Chromosomes, and I rate Billy Joel very highly as a solo artist, songwriter and performer. The person whose writing, both lyrically and melodically, I admire the most is Anthony Phillips.

I was lucky enough to receive free musical education from the age of 13 to 19, just by dint of living in Newham, where Marjorie Helps was a staunch supporter of Michael Toll's efforts as Head of Music.

I became hooked on composing at an early age, influenced by the pieces and operas I studied through secondary school pre GCE. (My earliest works would at best be described as Avant Garde, at worst rubbish!) I won third prize in Newham Academy's Composition Competition with an excerpt from an Oratorio that I've never finished. I went through a prolific stage between doing my A-levels and starting work, churning out about 20 songs, mostly about being in and out of love. Chrysalis took a dozen of them and then did bugger all with them! (No surprise really.)

I have mostly played Tuba over the years, but only ever under duress. I am REALLY a trombone player, but because I can play quietly and do not attempt to straighten a bone when playing anything louder than PP, conductors tend to insist I play bass.

My other interests include being with my family, Sports, mainly a Sky Sports News interest in Cricket, reading, Sci-Fi, Writing, consumer affairs. But apart from family, not necessarily in that order.

You can find other examples of my music on www.penninemusic.com.