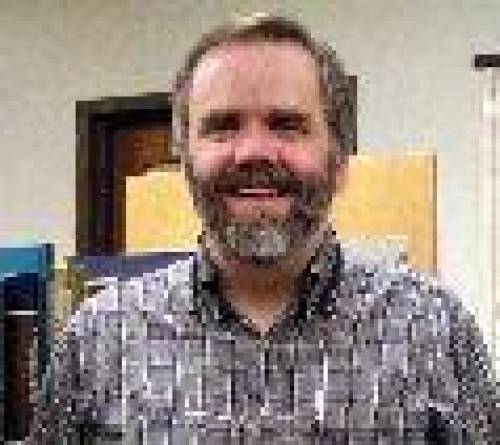 Dr. Wade Kotter is Social Sciences & Music Librarian in the Stewart Library at Weber State University in Ogden, UT. His primary musical experience is as a singer, having performed with various church (LDS) and community choirs for nearly thirty years, often as a soloist. He served until recently as President of the Ogden Community Choir, is currently tenor section leader in the Wasatch Master Chorale, and also is active in shape note singing in the Utah area. Ever since he can remember, he has made up songs, both serious and silly; he also plays the piano (barely) and has directed the congregational singing for a variety of church functions. Although his degrees are in library science (M.L.S.) and anthropology (B.S., M.A., Ph.D.), he has taken a few music courses and done extensive reading in theory, choral composition and conducting. He began to put his music on paper in 2000, shortly after the death of his mother, who during her final illness encouraged him to start writing down his songs. He is especially interested in traditional American folk hymns of the early 19th century, particularly those belonging to the shape note and LDS traditions. He has composed several new hymns in a tradtional style, a few new settings for well-known hymn texts, and some new harmonizations of well-known hymn tunes. Several more ambitious arrangements of hymns and spirituals are in progress and may be posted on SibeliusMusic.Com in the future. He is very interested in your response to his work and would especially appreciate hearing from anyone who performs his music.