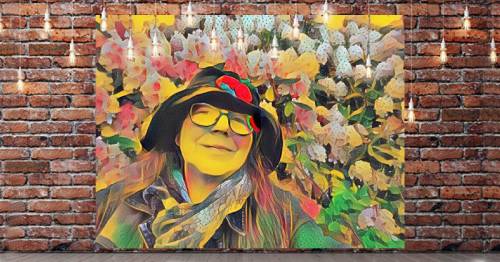 Renate Wendel was born in Germany, and started her musical training in her early twenties in Frankfurt studying voice and bassoon. She continued her vocal studies in the UK with Yvonne Minton and Jenny Hill, followed by a postgraduate performance course at Trinity College of Music in London, for which she received a college scholarship. Most recently Renate has begun to explore her creative potential as a visual artist as well and studied Fine Art at Manchester Metropolitan University, where she graduated in 2012. Music also plays an important part in her art practice. In 2016 Renate participated in a collaborative composition workshop with the Manchester Camerata and attended the CoMA (Contemporary Music for All) Summer School, where she participated in workshops with Michael Finnissy and Judith Weir and received encouragement to continue composing. Since then she has attended composition workshops with Jenny Jackson and Andrew Toovey and is looking forward to adding more of her own arrangements and compositions soon. She is currently an active member of CoMA Manchester.

Renate has appeared extensively as a recitalist and concert singer in the UK and abroad and in 1998 was a finalist in the Elisabeth Schumann Lieder Competition. On the opera stage she first sang with the chorus of Frankfurt Opera and has since appeared with a variety of opera companies in solo roles ranging from Mozart (Elettra, Marcellina, Dorabella, 3rd Lady) to Tchaikovsky (Larina in "Eugene Onegin) and Verdi (Maddalena) to assorted Valkyries and Erda in "Rheingold"; she also created the role of Dorothee in Angie Atmadjaja's chamber opera "Converting Maidenhood". In 2011 Renate made her G&S Debut with Manchester University G&S Society as the formidable Dame Carruthers in "The Yeomen of the Guard". As a bassoonist Renate has explored a great variety of orchestral and chamber music repertoire on modern bassoon and contra as well as on baroque bassoon. She has been a member of The London 20, The Composers' Orchestral Project, Northern Wagner Orchestra, Linden Baroque and Manchester University Baroque Orchestra. She continues to play on a freelance basis around the Manchester area. Alongside her performing activities Renate has worked as a freelance classical music reviewer for Frankfurter Allgemeine Zeitung and HiFi News, compiled music programmes for Hessian Radio and now runs her own business, words4music, which encompasses writing, translations and editorial work for the Classical music industry as well as preparing and editing the scores available here. Her clients have included Hyperion Records, Whitelabel Productions (for EMI Classics) and Gimell Records.