By: Philip R Buttall
For: Quartet of Clarinets in Bb
This music is in your basket
View basket
Loading... 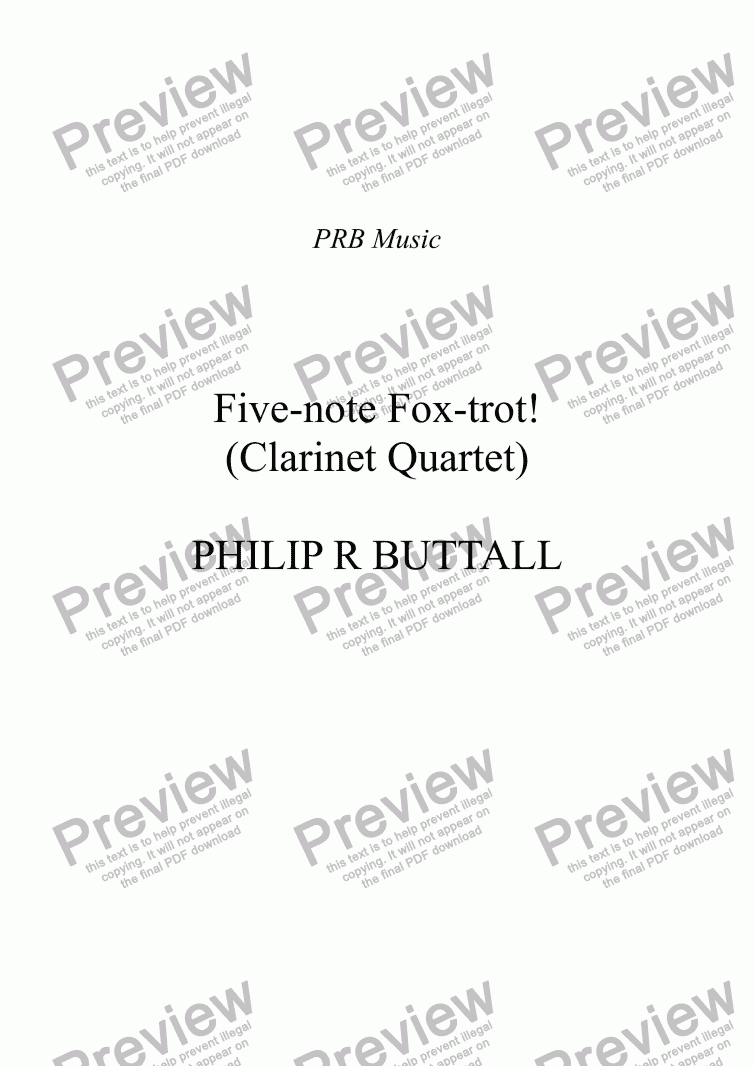 By: Philip R Buttall
For: Quartet of Clarinets in Bb

I have included a part for Alto Clarinet, and Bb clarinet, where no Bass Clarinet is available. Obviously this causes some harmonic narrowing, especially when the Bb instrument is substituted.