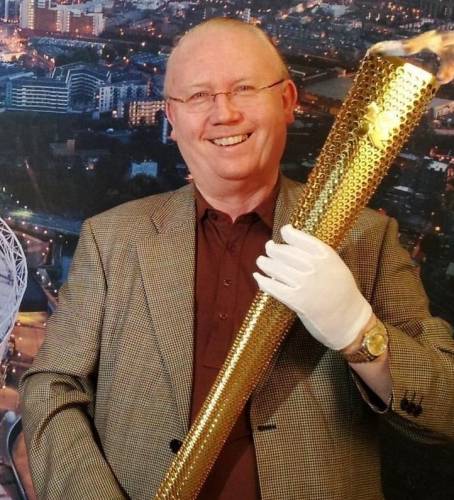 For SCORE CATALOGUE please scroll to bottom of page

PHILIP R BUTTALL was educated at Cambridge, Durham, and Exeter Universities. Winning the Raymond Ffenell Prize at the Royal College of Music, he graduated with Distinction, studying piano with Cyril Smith, recorder with Freda Dinn, and composition with Bryan Kelly. He retired from full-time teaching after more than twenty-five years in the secondary sector and has since worked as an examiner and consultant for one of the leading international examination boards. Until recently he was the Classical Music Writer for Plymouth Herald, where he wrote a weekly Classical Music page and regular concert reviews, as well as a major contributor to ArtsCulture and Seen and Heard International. Philip also provides programme notes for a number of concert organisations, and reviews CDs for Music Web International from time to time.

A highly-qualified and experienced private piano teacher, he is a member of the European Piano Teachers' Association (EPTA UK), and has written music and software reviews for their Piano Professional magazine. Philip is also a Fellow of the Royal Society of Arts.

Recent 'major coups' have included performances of his Samba..alla Turca! by the City of Birmingham Orchestra (CBSO) at Symphony Hall, for the 2006 Family Christmas Concert, and by the London Concert Orchestra at London's Royal Albert Hall in December 2007. The work was also performed twice at the start of January 2008, by the internationally-acclaimed Ulster Orchestra, at their Viennese Evenings at the Waterfront, Belfast. It will be performed again in the Province in 2013, with extra venues at Derry and Ballymena.

In December 2006 he was awarded a Fellowship in Music from Trinity College, London, for his dissertation and subsequent London presentation of The Piano Writing & Formal Structure in the Piano Concertos of John Field (1782 - 1837), and their subsequent Influences. In December 2007, he gained a further diploma, this time in Jazz Piano Performing, so is definitely keeping his practical skills finely honed, too!

In January 2010 Philip gained the Diploma in Freelance Journalism from the British College of Journalism.

Philip is also proud to be associated with the scores of Biljana Krstic and the late Dragana Petkovic, both musicians, educators and pianists from Belgrade, Serbia & Montenegro. Philip’s initial contact came when he was asked to advise them on their joint publication, Piano Exercises & Pieces in 2004. Tragically, Dragana (born 1969) died suddenly in 2007, and while Philip didn’t have the honour of meeting her in person, he is sure that she would like her memory to live on through her music and pictures on this new site. In the true spirit of the former SibeliusMusic.com, Philip has remained good friends with Biljana, and is confident that this, and many other associations will now only flourish the more so at Score Exchange. Their piano music can be accessed via Philip’s regular Keyboard catalogue below, while there is a separate section for Dragana’s other compositions.