By: E. NEVIN
For: Solo instrument (Piano)
This music is in your basket
View basket
Loading... 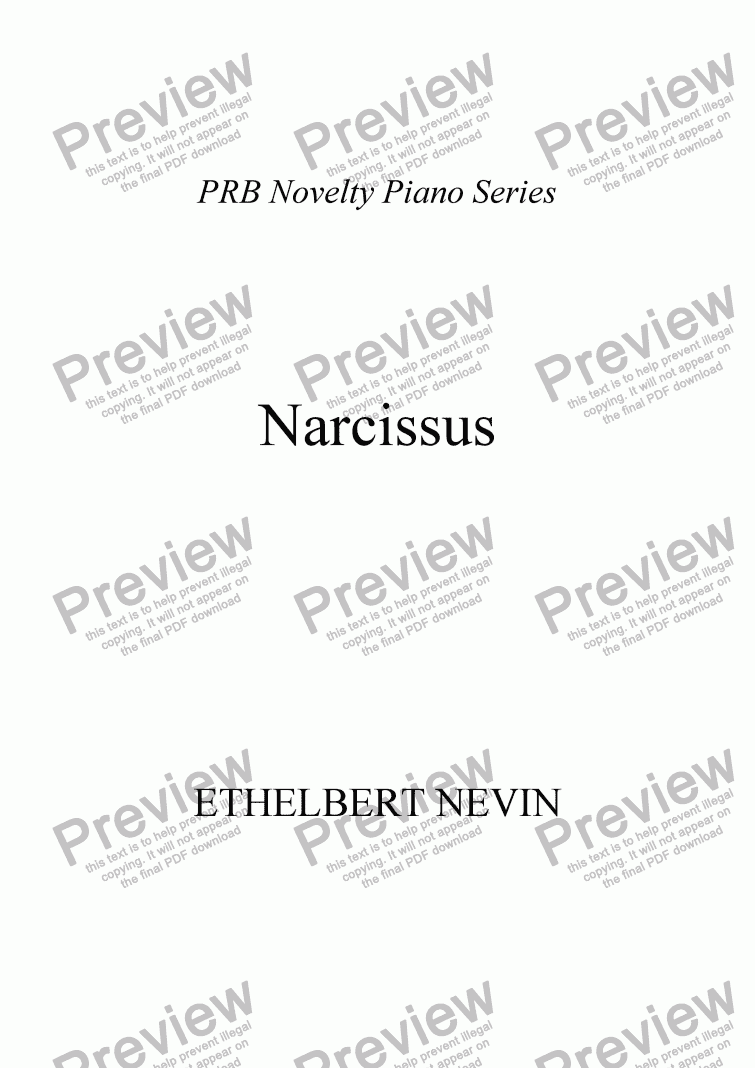 Composer
E. NEVIN
Year of composition
1891
Publisher
PRB Music
Difficulty
Difficult (Grades 7+)
Duration
2 minutes
Genre
Classical music
License details
For anything not permitted by the above licence then you should contact the publisher first to obtain permission.

After I had added The Robin’s Return to my PRB Piano Series, I came across this equally popular number from the time - one of those tunes that you know, perhaps, but can’t alsways put a name to!

I also have tidied up some of the notation, and just provided an alternative closing bar, hopefully to give the piece a slightly more ’final’ feel. In the original, while a lot of the octaves in the left hand were written out as such, the composer often reverted to putting a single note, with an ’8’ underneath it. In one of my much older ’rudiments’ book, it was clear that this means: play the note TOGETHER with the lower octave, rather than simply play the note an octave below, as some books today don’t make that distinction.

The composer usually referered to himself as E. Nevin - I don’t think ’Ethelbert’ is that bad a name, compared with, say, ’Endeavour’, as in Inspector Endeavour Morse!

Narcissus is, in fact, the fourth in a set of five Water Scenes by the composer.