'Towards the Light' Movement I Prelude 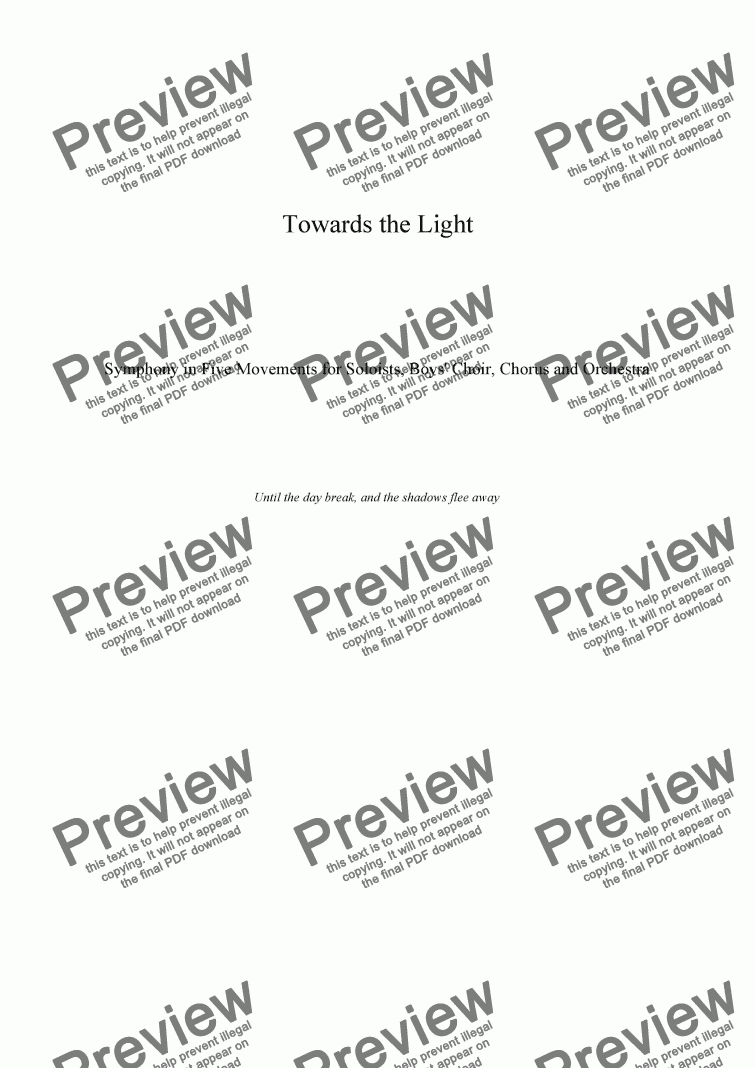 'Towards the Light' is a symphony not in the strict classical sense, but in the broader significance of a large-scale work for orchestra (in this case with vocal soloists and chorus) of serious and ambitious intent. Its five movements last altogether for about 50 minutes, and they set texts from various different religious and philosophical tradtions of the world dealing with humanity's attitude to death. The general movement of the work is from darkness to light - thus the title. The piece was originally composed in 1992-3, and revised and put into sibelius form during 2001-2.

Movement I, Prelude, sets a famous passage from the great Hindu scripture, the 'Bhagavad Gita', in which Krishna cousels his friend, the warrior Arjuna, who is cast down with despair in a 'dark night of the soul', as to the courageous and wise attitude to both life and death.

In order to submit this score to ScoreExchange.com Laurence Hughes has declared that they own the copyright to this work in its entirety or that they have been granted permission from the copyright holder to use their work. If you believe that this score should be not available here because it infringes your or someone elses copyright, please report this score using the copyright abuse form.

Reviews of 'Towards the Light' Movement I Prelude