By: RICHARD EILENBERG
For: Brass quintet
This music is in your basket
View basket
Loading... 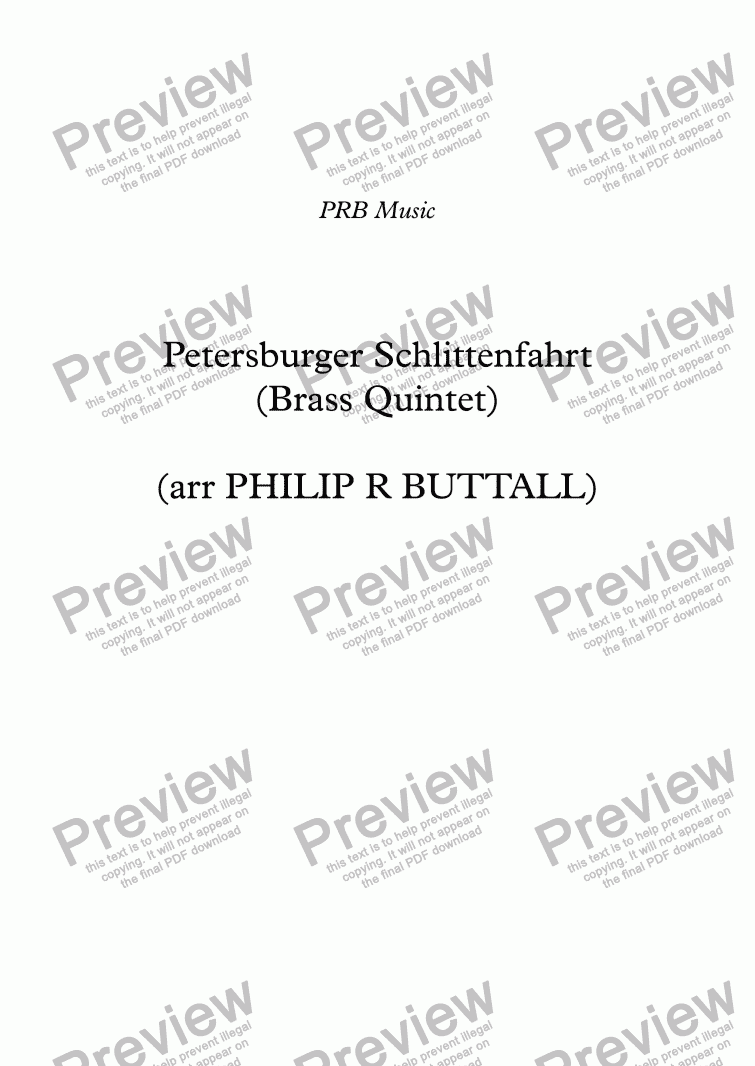 By: RICHARD EILENBERG
For: Brass quintet

I have changed some of the original piano figuration to suit the brass instruments better, added an extra repeat, and a couple of ’counter-melodies’, giving it, at times, an almost brass-band ’feel’.

As before, I have included a trombone part in both the bass clef, and the treble clef - the latter for brass band aficionados!