By: Philip R Buttall
For: Trio of Pianos
This music is in your basket
View basket
Loading... 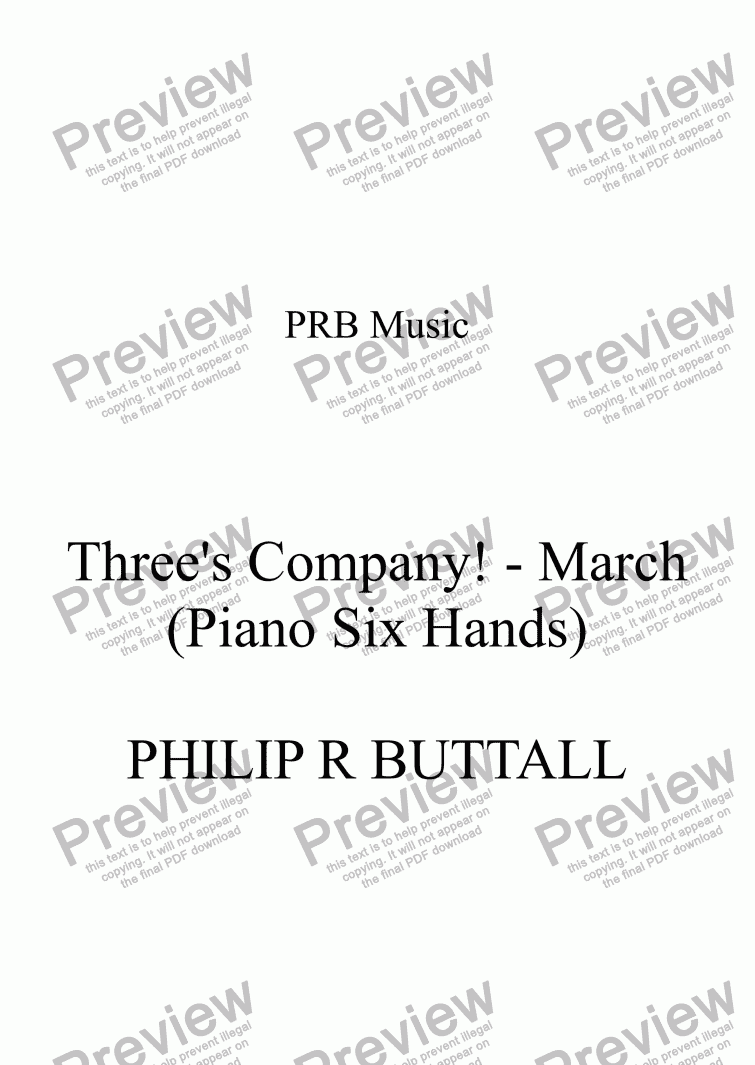 By: Philip R Buttall
For: Trio of Pianos

Composer
Philip R Buttall
Year of composition
2002
Lyricist
none
Publisher
PRB Music
Difficulty
Moderate (Grades 4-6)
Duration
3 minutes
Genre
Other
License details
For anything not permitted by the above licence then you should contact the publisher first to obtain permission.

The idea for this piece came from my Five-finger Foxtrot!, but extended to six hands on one piano. The top part uses only a 5-note pentatonic scale (G,A,B,D,E) throughout, with both hands playing in octaves. There are just two extra optional notes which may be played, and which would be simple to add.

The other two parts are more difficult, though not extravagantly so, but could be played by able students. Originally I had set the key as G flat major, which meant that the top player used only the five black notes. This was easier for Player 1, but not so for the other two, hence the upward shift to G!

I have dedicated it to Isaac Chung, who plays the top part, with his two older sisters, Isobel and Imelda, on the lower two parts. It is certainly intended as a fun piece for piano six hands, and there may well be more to follow.
It was first performed at the Composers’ Lunchtime Recital in April, 2003. Isaac took the top part, I took the middle, and Clive Jenkins]], played the bottom part, as the attached (and faked!) picture shows.