Will the Circle Be Unbroken? (choir SATB) 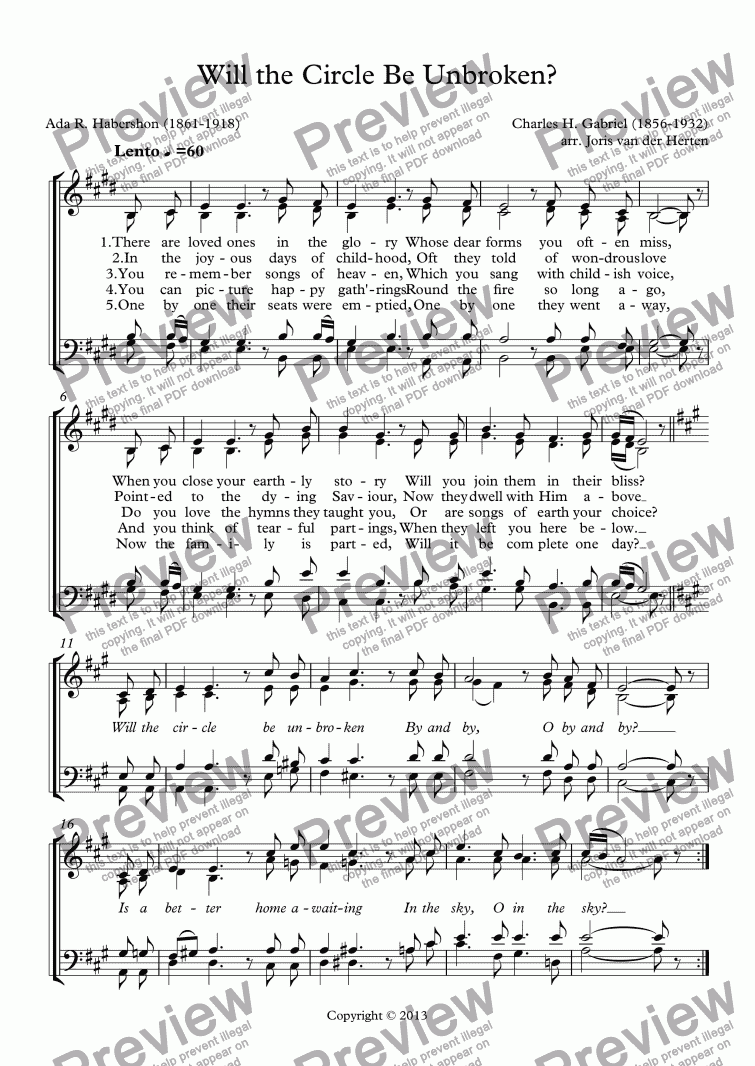 A simple SATB setting of "Will the Circle Be Unbroken?", a popular Christian hymn written in 1907 by Ada R. Habershon with music by Charles H. Gabriel. The song is often recorded unattributed and, because of its age, has lapsed into the public domain.

In 2012, a Belgian film called The Broken Circle Breakdown used the song on its soundtrack.

Two versions of the hymn are featured in the soundtrack for the 2013 video game BioShock Infinite.

Reviews of Will the Circle Be Unbroken? (choir SATB)