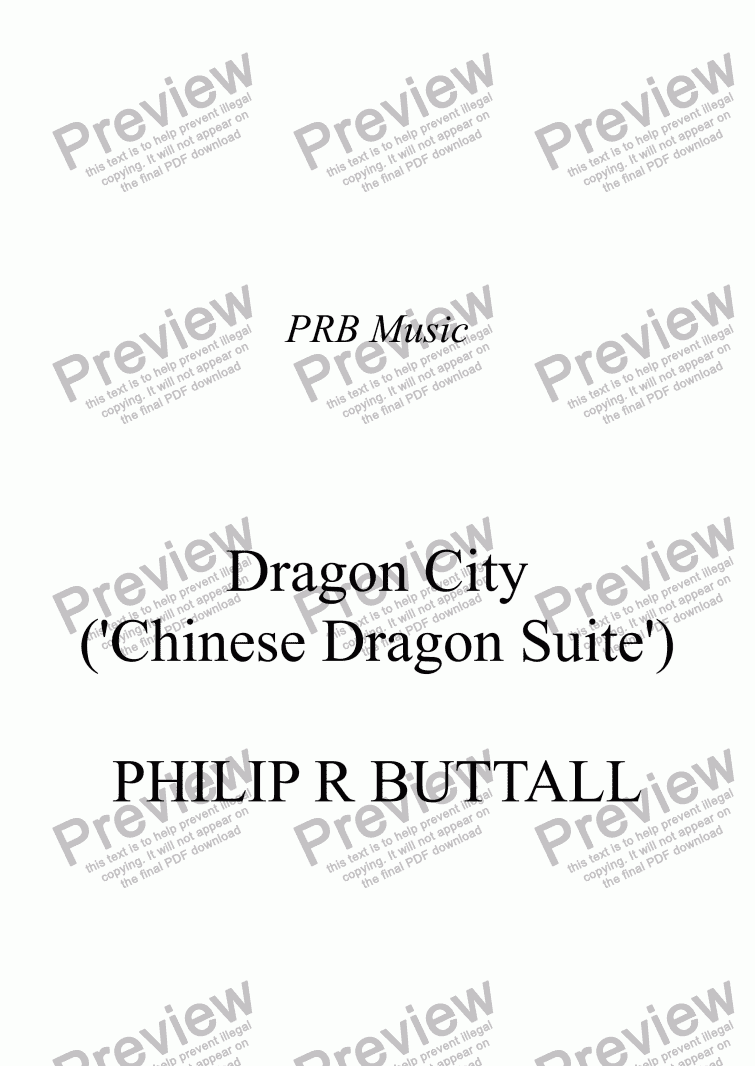 The inspiration behind this short, four-movement Chinese Dragon Suite, came from the Chung family, who are originally from Hong Kong, but settled in Plymouth. Their three ’children’ are each very musical, and fine pianists. Isaac is the youngest, and I have dedicated this suite to him, and he gave the first public performance of the whole work in April 2003. The title of each of the four movements is self-explanatory, although I had better just say that the final piece, ’Dragon City’ happened also to be the same as that of their Takeaway Restaurant, not that I was advertising, of course!