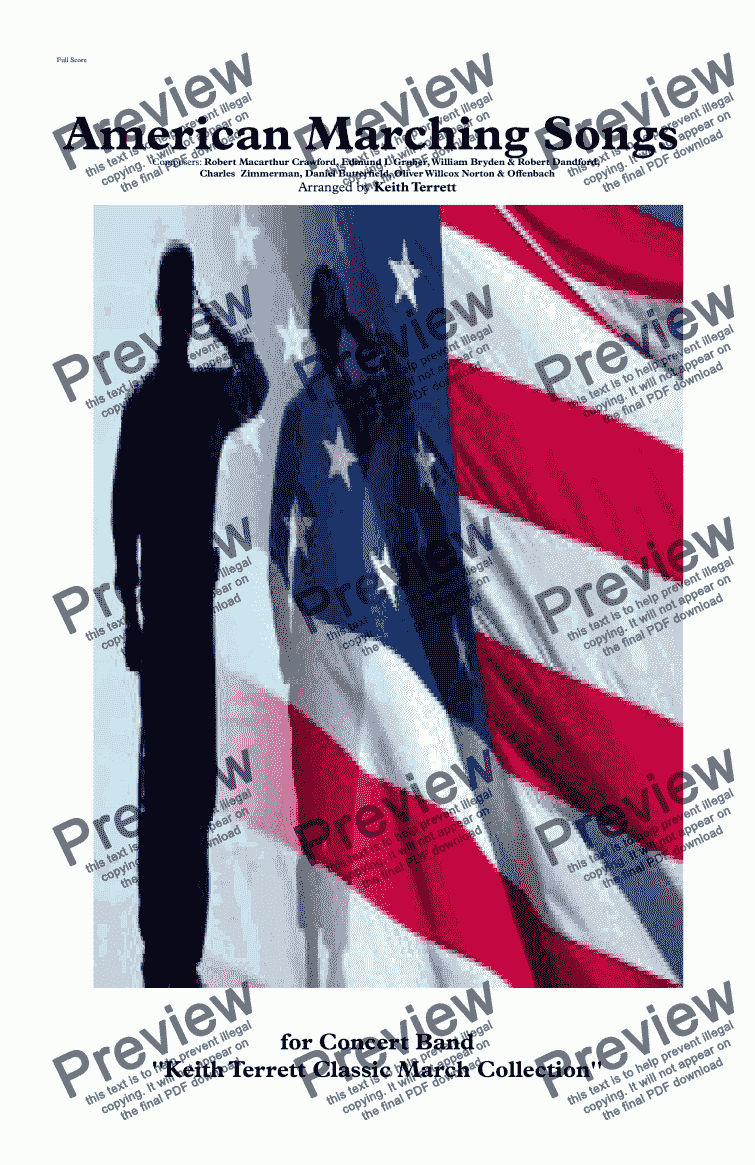 A Great arrangement for your next performance, which features all sections of the band!

The U.S. Air Force" is the official song of the United States Air Force.

Originally, the song was titled as "Army Air Corps". Robert MacArthur Crawford wrote the lyrics and music during 1938.In 1947, when the Air Force became a separate service, the song became the "Air Force Song".

The song is based on the "Caisson Song" written by field artillery First Lieutenant (later Brigadier General) Edmund L. Gruber, Lieutenant William Bryden, and Lieutenant (later Major General) Robert Danford while stationed at Fort Stotsenburg in the Philippines in March 1908. The tune quickly became popular in field artillery units. In 1917 the Secretary of the Navy and army Lieutenant George Friedlander of the 306th Field Artillery asked John Philip Sousa to create a march using the "Caisson Song." Sousa changed the key, harmony, and rhythm and renamed the song and had been told that it dated back to the Civil War. Although an army magazine claims that Sousa passed on his royalties to Gruber, other sources state that Gruber became involved in a prolonged legal battle to recover the rights to music he had written and that had been lifted (unknowingly or not) by Sousa and widely sold by sheet music publishers who reaped profits while Gruber received nothing. The music became so popular that it was also used in radio ads by firms such as the Hoover Vacuum Company. Gruber lost his battle in the courts. They ruled that he had waited too long to complain and that his music was by that time in the public domain.

"The Caisson Song" was never designated as the official U.S. Army song likely because the lyrics were too closely identified with the field artillery and not the entire army. The official song retains Gruber’s music, but with re-written lyrics.

"Anchors Aweigh" is the fight song of the United States Naval Academy, and as a result, the song is strongly associated with the United States Navy. It was composed in 1906 by Charles A. Zimmerman with lyrics by Alfred Hart Miles. When he composed "Anchors Aweigh", Zimmerman was a Lieutenant, and had been bandmaster of the United States Naval Academy Band since 1887. Miles was Midshipman First Class at the Academy, in the class of 1907, and asked Zimmerman to assist him in composing a song for that class, to be used as a football march. Another Academy Midshipman, Royal Lovell (class of 1926) later wrote what would be adopted into the song as its third verse.

Taps" is a musical piece sounded at dusk, and at funerals, particularly by the U.S. military. It is sounded during flag ceremonies and funerals, generally on bugle or trumpet, and often at Boy Scout, Girl Scout and Girl Guide meetings and camps. The tune is also sometimes known as "Butterfield’s Lullaby", or by the first line of the lyric, "Day is Done".

Carl Fischer, LLC (the “Owner”), hereby grants Music for All Occasions (the “Licensee”), during the term hereof, non-exclusive permission to include the copyrighted musical work entitled The U. S. Air Force by Robert Crawford (the “Musical Work”) in a newly arranged medley “American Songs for Concert Band” Keith Terrett, and to print, publish, distribute, advertise, exploit, market and sell copies of the same (the “Publication”) as per the terms. 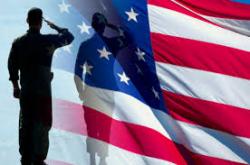 Great addition to any Concert/Wind/Military band's repertoire; your audience will be tapping their feet & dancing in the aisles!

Love the poignant setting of the ''Last Post'' (Taps), and the way the bugle call Reveille is used in the Timpani, pure inspiration!