By: Philip R Buttall
For: Quintet of Clarinets in Bb
This music is in your basket
View basket
Loading... 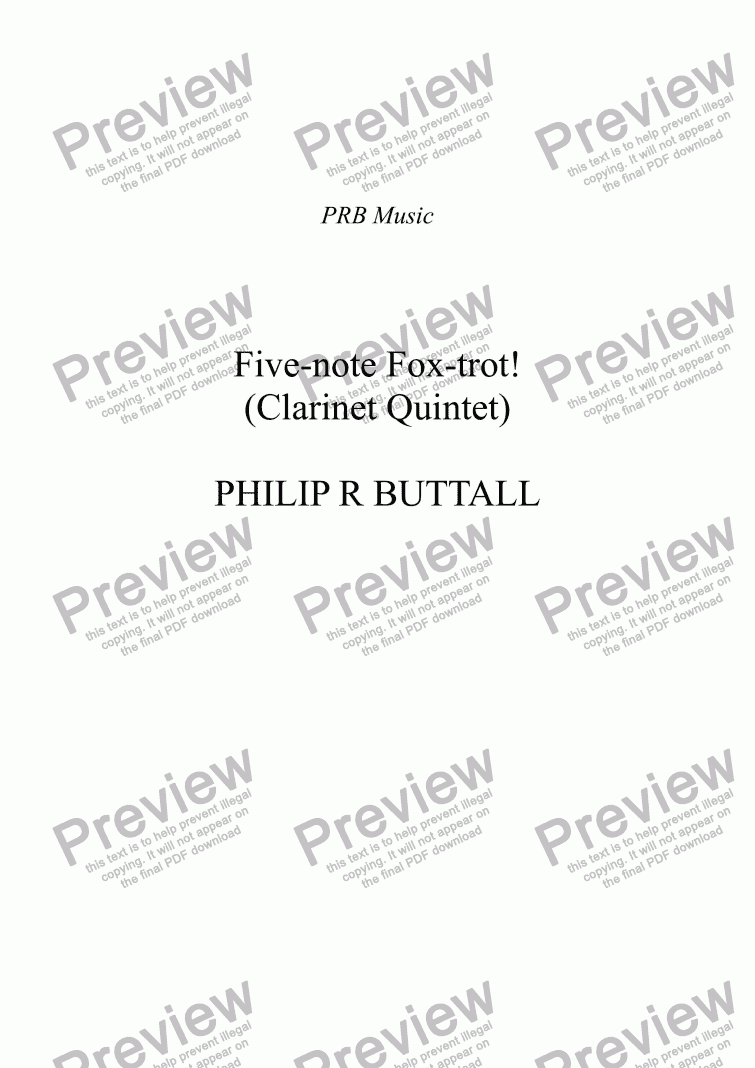 By: Philip R Buttall
For: Quintet of Clarinets in Bb

Composer
Philip R Buttall
Year of composition
2010
Publisher
PRB Music
Difficulty
Difficult (Grades 7+)
Duration
3 minutes
Genre
Classical music
License details
For anything not permitted by the above licence then you should contact the publisher first to obtain permission.

This particular ’quintet’ version was a ’special’ order, where no Alto Clarinet is available, and thus the Clarinet Choir version isn’t ideally suited.

However, if no Eb Clarinet is available, the top line can simply be played on a regular B flat instrument, and I have added an alternative part accordingly.