By: JOSEPH HECTOR FIOCCO
For: Solo instrument (Piano)
This music is in your basket
View basket
Loading... 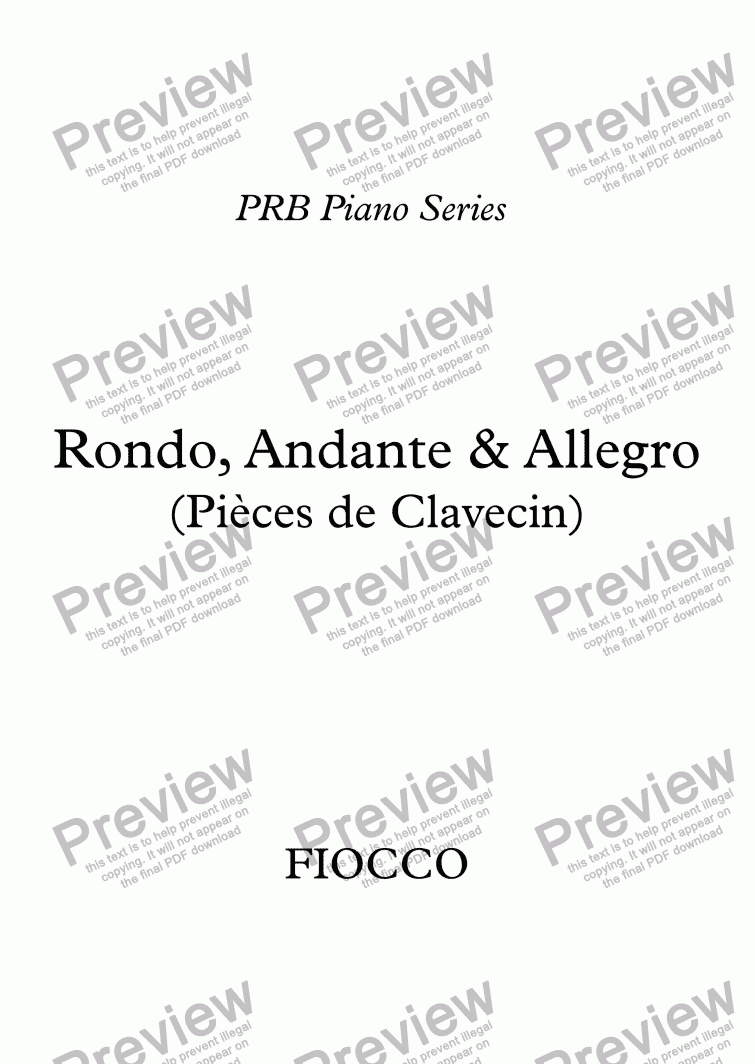 Composer
JOSEPH HECTOR FIOCCO
Publisher
PRB Music
Difficulty
Moderate (Grades 4-6)
Duration
7 minutes
Genre
Classical music
License details
For anything not permitted by the above licence then you should contact the publisher first to obtain permission.

His father, the Italian composer Pietro Antonio Fiocco, and one his older brothers (he had 15 siblings, including the composer and choirmaster Jean-Joseph) were responsible for his musical education. He was also a professor of Greek and Latin. He worked as a musician in the cathedral at Antwerp, where he was in charge of the music for the services. In 1737 he returned to Brussels and worked in the Church of St. Gudule. He died in Brussels at age 38.

Some of his most famous works are Lamentations Du Jeudi Saint, a Missa solemnis and Pièces de Clavecin. These two suites for harpsichord were dedicated to the Duke of Arenberg, and they incorporate French and Italian styles.

I have made a short three-movement ’suite’ or ’sonatina’ from three movements from the first set: a brisk opening Rondo, followed by a short, contrasting Andante in the relative minor, and then finishing with a brisk Allegro to finish. I have largely kept to the composer’s score, but made a couple of small changes along the way, hopefully to enhance the final performance. The level would suit a good Grade 5, or possibly Grade 6 player.