Come Back To Sorrento (Torna a Surriento) for C Trombone & Piano

By: Ernesto De Curtis Arranged by Keith Terrett
For: Solo Trombone + piano
This music is in your basket
View basket
Loading... 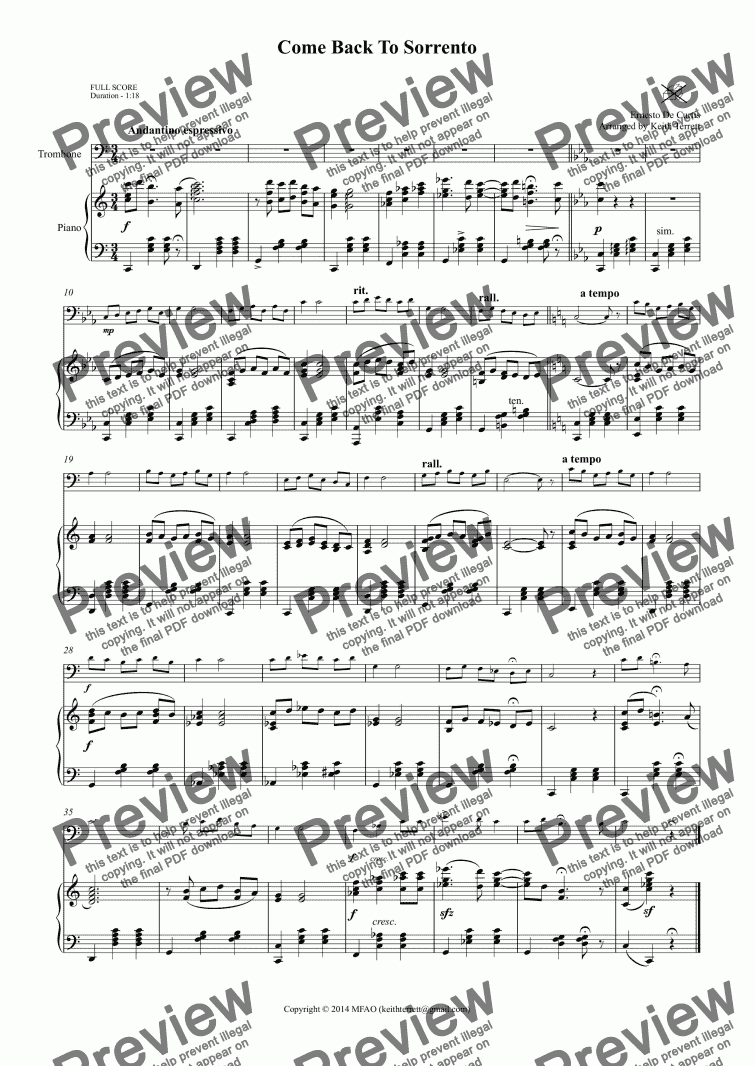 Come Back To Sorrento (Torna a Surriento) for C Trombone & Piano