By: PHILIP R BUTTALL
For: Trio
This music is in your basket
View basket
Loading... 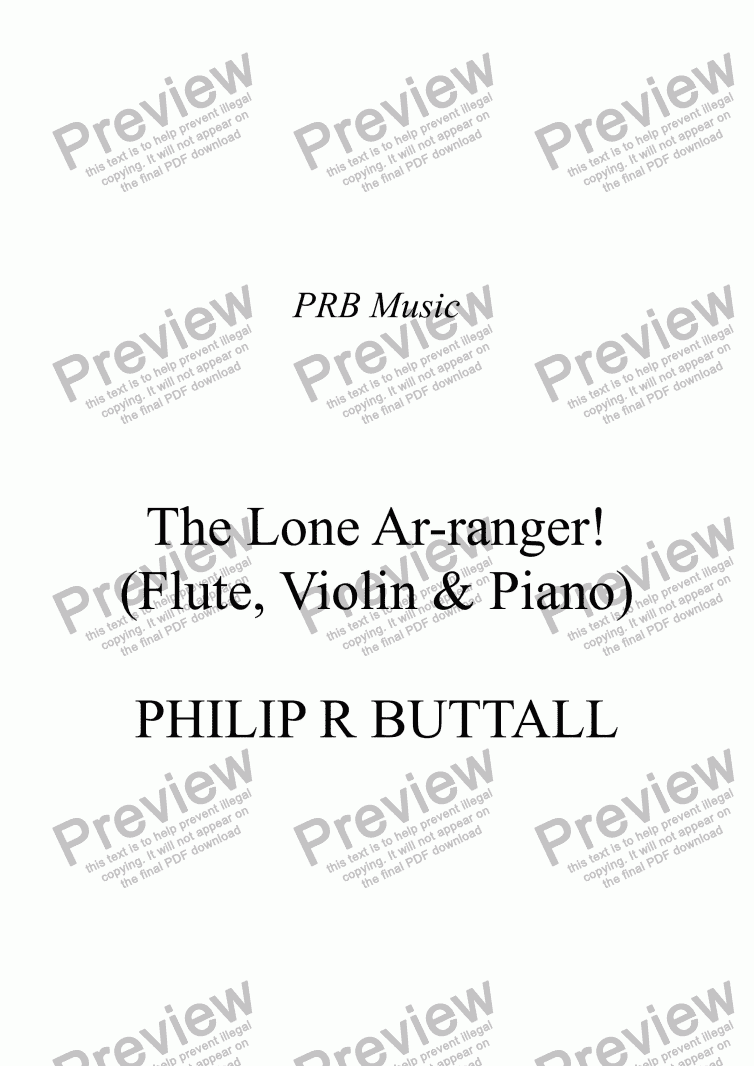 By: PHILIP R BUTTALL
For: Trio

Composer
PHILIP R BUTTALL
Year of composition
2014
Publisher
PRB Music
Difficulty
Difficult (Grades 7+)
Duration
3 minutes
Genre
Classical music
License details
For anything not permitted by the above licence then you should contact the publisher first to obtain permission.

Although The Lone Ar-ranger was the first score I ever uploaded to SibeliusMusic.com - the predecessor of Score Exchange, and that was way back at the start of the Millennium, it has always proved one of my most popular pieces.

Over the years, it has spawned many different versions - some fairly conventional in instrumental, others somewhat more challenging. A lot of these different versions have come about from email requests around the world, as has this present version for Flute, Violin & Piano.

’Some time ago, our chamber music group played yourLone Ar-ranger with a slightly wacky instrumentation - which worked really well! Back then, we had two flutes, a violin, and a trombone. At any rate, our group has changed personnel, and now we are down to three: flute, violin, and piano.

I’m wondering if it would be possible for you to arrange the piece for that instrumentation?’

I had made a version for Violin & Piano, so it was good to be able to add the flute to this. As ever, it allowed me to make some individual tweaks to both parts, so that the violin’s part here is slightly different from the part used in the version without flute.

If there’s any other combination, or instrumental switch you'd like, just email, and I’ll always see if something is viable!