Getting Bluesy for Concert/Wind Band

By: Composed by Keith Terrett (1956-)
For: Concert band / wind band
This music is in your basket
View basket
Loading... 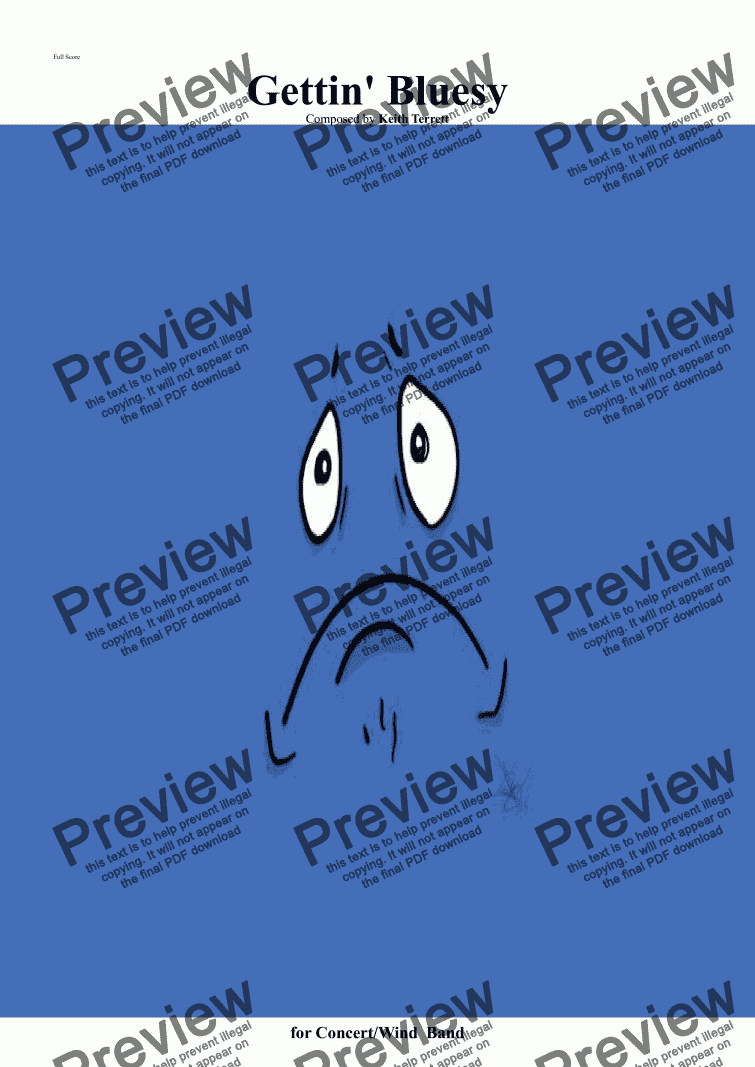 Getting Bluesy for Concert/Wind Band

Composer
Composed by Keith Terrett (1956-)
Year of composition
2006
Publisher
Music for all Occasions
Difficulty
Moderate (Grades 4-6)
Duration
5 minutes
Genre
Jazz music
License details
For anything not permitted by the above licence then you should contact the publisher first to obtain permission.

Getting’ Bluesy for Concert/Wind Band, presents a soulful melody for your young performers, in a blues idiom.

There is also a version for Brass Band, with low brass parts in BC available on request: keithterrett@gmail.com

An original work of mine written for young concert band. Composed in a bluesy style with flattened 3rds & 7ths evident in the melody, this is a lovely piece with which to calm the atmosphere; and an excellent way to introduce a bluesy piece to your band. The mood is melancholy, I did compose this after my cat sadly passed away when I was living in Norway. The melody is passed around the ensemble, akin to the conversational style one can observe in a Haydn string quartet. The brass have the opportunity for some transparent and soft muted work behind the melody scored in the woodwind. The bass guitar can be replaced with a double bass if desired. Your percussionists get the opportunity to play kit and also the vibes are used, a great work out all round!

In the melody, blues is distinguished by the use of the flattened third, fifth and seventh of the associated major scale. These specialized notes are called the blue or bent notes. These scale tones may replace the natural scale tones, or they may be added to the scale, as in the case of the minor blues scale, in which the flattened third replaces the natural third, the flattened seventh replaces the natural seventh and the flattened fifth is added between the natural fourth and natural fifth. While the 12-bar harmonic progression had been intermittently used for centuries, the revolutionary aspect of blues was the frequent use of the flattened third, flattened seventh, and even flattened fifth in the melody, together with crushing—playing directly adjacent notes at the same time (i.e., minor second)—and sliding, similar to using grace notes. The blue notes allow for key moments of expression during the cadences, melodies, and embellishments of the blues.

Great piece for the more reflective parts of your concert!

Reviews of Getting Bluesy for Concert/Wind Band

A great piece for your band, to indulge in a little ''Blues''.

Your audience will enjoy this piece !