By: KENNETH J ALFORD
For: Solo instrument (Piano)
This music is in your basket
View basket
Loading... 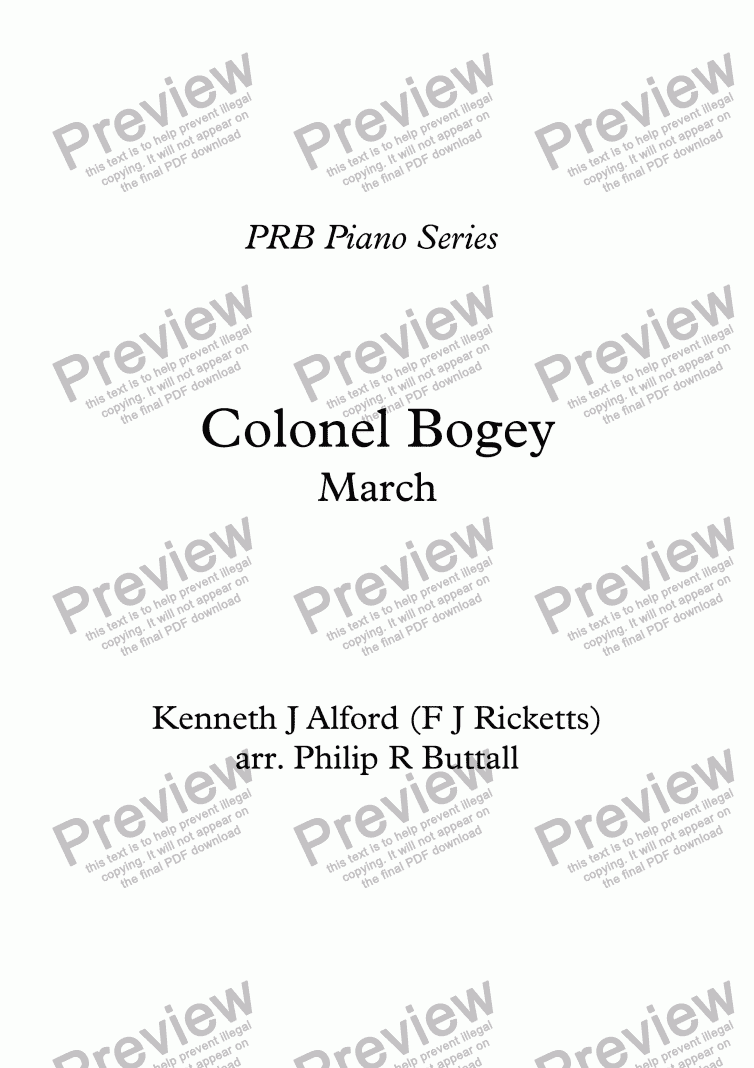 Composer
KENNETH J ALFORD
Year of composition
1914
Publisher
PRB Music
Difficulty
Difficult (Grades 7+)
Duration
4 minutes
Genre
Classical music
License details
For anything not permitted by the above licence then you should contact the publisher first to obtain permission.

I have made an arrangement of Alford's original, where I have added one or two extra melodies etc, and produced this in various playing combinations under the title of The Colonel's Bogey.

The present piano transcription of Alford's March is taken essentially from the orchestral/band version, so I have added in the usual 'counter-melody', and incorporated this accordingly. One or two notes (shown as small) may be omitted to accommodate this, but I feel having the counter-melody played enhances the effect overall.