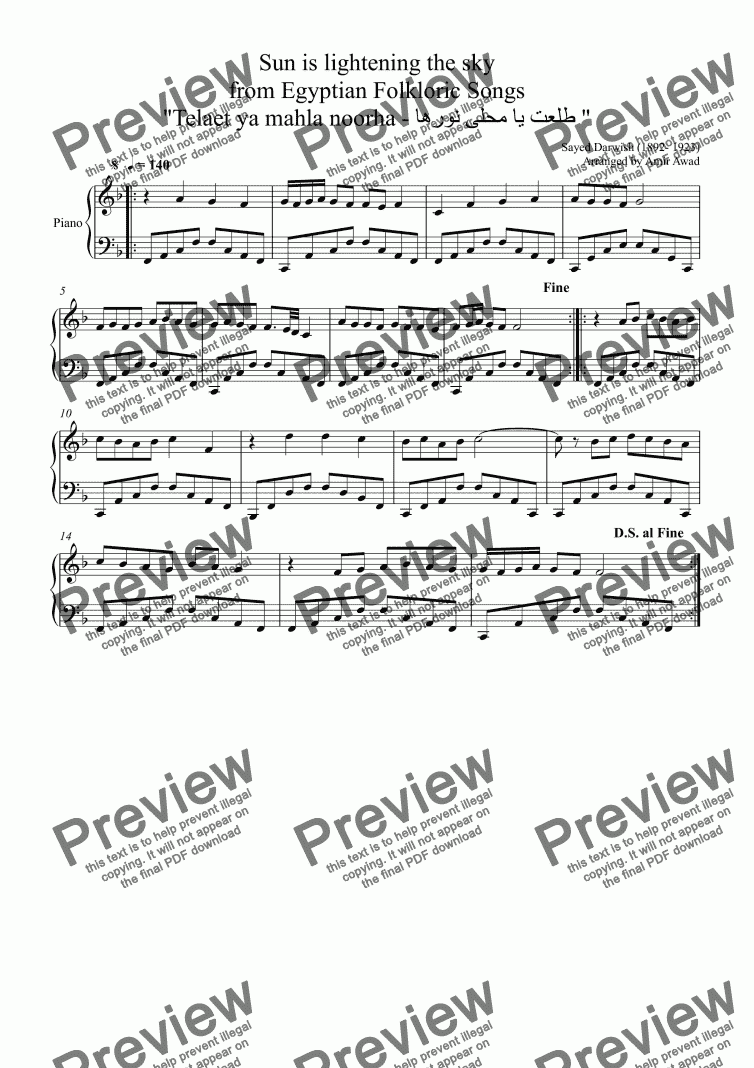 Sayed Darwish was born in Kôm el-Dikka Alexandria, Egypt on 17 March 1892. Darwish believed that genuine art must be derived from people’s aspirations and feelings. In his music and songs, he truly expressed the yearnings and moods of the masses, as well as recording the events that took place during his lifetime. He dealt with the aroused national feeling against the British occupiers, the passion of the people, and social justice, and he often criticized the negative aspects of Egyptian society.

His works, blending Western instruments and harmony with classical Arab forms and Egyptian folklore, gained immense popularity due to their social and patriotic subjects. Darwish’s many nationalistic melodies reflect his close ties to the national leaders who were guiding the struggle against the British occupiers. His music and songs knew no class and were enjoyed by both the poor and the affluent.

In his musical plays, catchy music and popular themes were combined in an attractive way. To some extent, Darwish liberated Arab music from its classical style, modernizing it and opening the door for future development.

Besides composing 260 songs, he wrote 26 operettas, replacing the slow, repetitive, and ornamented old style of classical Arab music with a new light and expressive flair. Some of Darwish’s most popular works in this field were El Ashara’l Tayyiba, Shahrazad, and El-Barooka . These operettas, like Darwish’s other compositions, were strongly reminiscent of Egyptian folk music and gained great popularity due to their social and patriotic themes.

Even though Darwish became a master of the new theater music, he remained an authority on the old forms. He composed 10 dawr and 21 muwashshat which became classics in the world of Arab music. His composition "Bilaadi! Bilaadi!" (My Country! My Country!), that became Egypt’s national anthem, and many of his other works are as popular today as when he was alive. Sayyid Darwish was highly influenced by his teacher, the great Iraqi musician and singer Othman Al-Mosuli (1854–1923), and it has been established that his most famous songs "Zuruni kul Sana Marra" and "Albint Alshalabiya" among many others were adaptations from well known works of Othman Al-Musoli’s, who is considered to be the greatest musician and singer in the modern Middle East. This has cast serious doubt about "Biladi Biladi" in terms of origin as it has been suggested that it was also composed by Othman. It is well known that Sayyiod Darwish tried his best to show that everything he played was the result of his own creativity and never admitted to plagiarism. Reference: Wikepedia

In order to submit this score to ScoreExchange.com Amir Awad has declared that they own the copyright to this work in its entirety or that they have been granted permission from the copyright holder to use their work. If you believe that this score should be not available here because it infringes your or someone elses copyright, please report this score using the copyright abuse form. 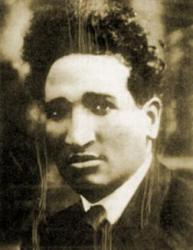