By: PHILIP R BUTTALL
For: Woodwind trio
This music is in your basket
View basket
Loading... 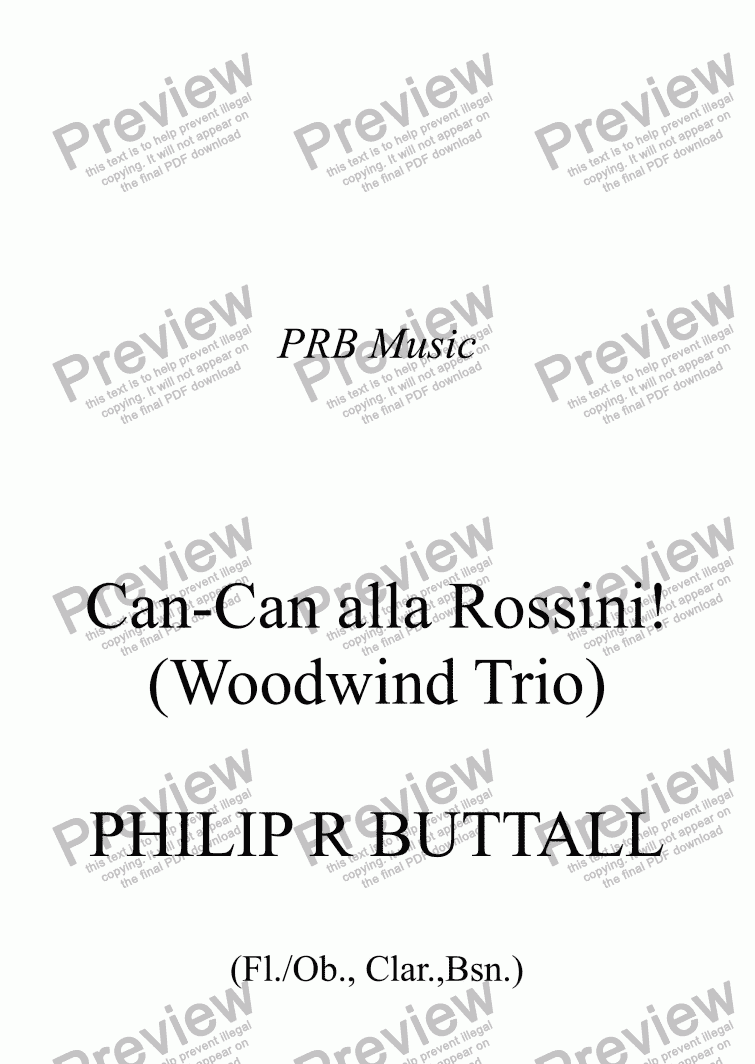 Composer
PHILIP R BUTTALL
Year of composition
2015
Publisher
PRB Music
Difficulty
Difficult (Grades 7+)
Duration
2 minutes
Genre
Classical music
License details
For anything not permitted by the above licence then you should contact the publisher first to obtain permission.

One of the first scores I submitted to the former SibeliusMusic was The Lone Ar-ranger!, back in 2001, shortly after I first got hold of Sibelius.

However, it remained in a virtual ’embryo’ state ever since, until I decided to complete it it. As before, it has spawned all manner of versions, but there hasn’t been one specifically for Woodwind Trio.

Writing for just three instruments is always difficult, and especially where you are trying to combine a number of different tunes, as well as keep a firm bass-line.

This version is for Flute / Clarinet in Bb and Bassoon, but the Flute part can be played equally on Oboe. There are just two instances where a lower note has been suggested for the oboe, but otherwise it should world just as well.

If there are any other combinations you might like, just let me know, and I can see whether a ’bespoke’ one is viable.