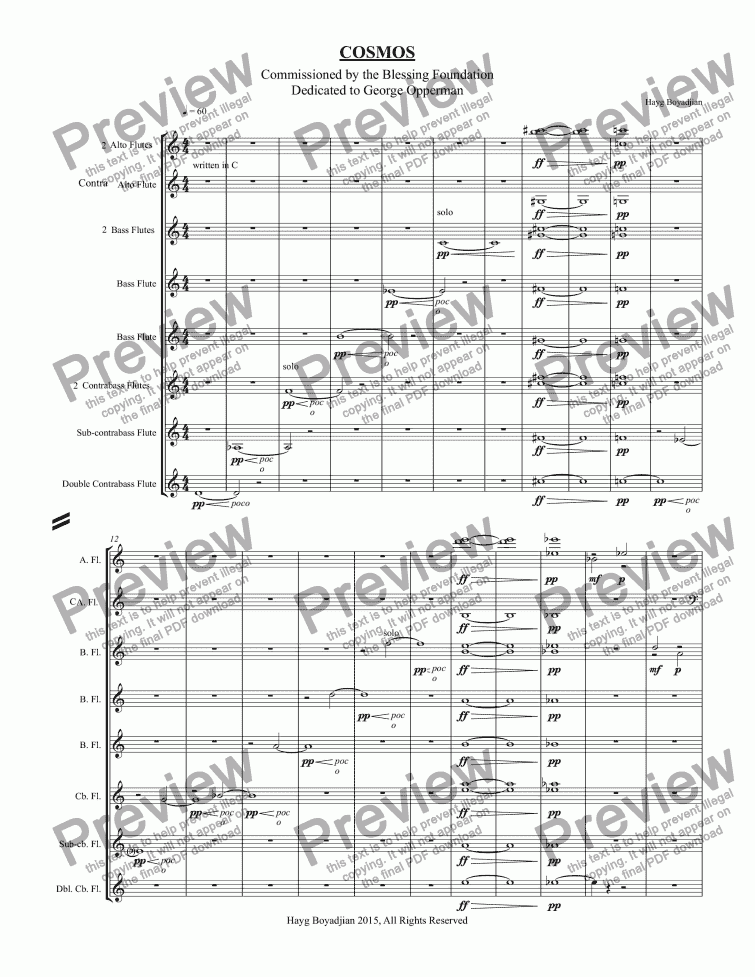 This work was commissioned by the Colorado Flute Ensemble and to be premiered at the National Flute Convention 2015 in Washington, DC If some of the low flutes are not available, those parts can be transposed an octave or octaves higher, including using other instruments than flutes. The music reflects its title from my interest in astronomy of which I have composed other such astronomy based compositions. This present work has a companion piece, also for the same ensemble, titled Scintillating Stars which is also part of the same commission.

In order to submit this score to ScoreExchange.com Hayg Boyadjian has declared that they own the copyright to this work in its entirety or that they have been granted permission from the copyright holder to use their work. If you believe that this score should be not available here because it infringes your or someone elses copyright, please report this score using the copyright abuse form.