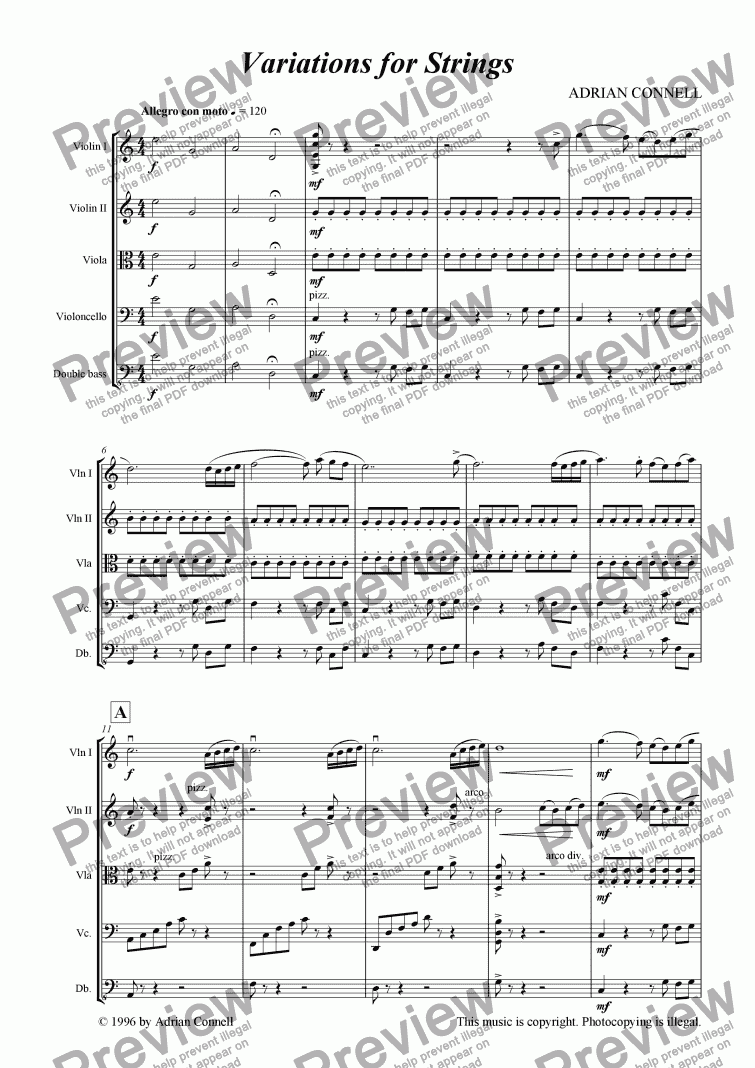 This work consists of a theme and seven variations. Each variation is built on the same three section form as heard in the theme. Not only is each variation structured like this but the work also falls into three main sections. The Theme - Variations 1 to 4 and Variations 5 to 7. The first four variations give the effect of a gradual speeding up. The variations progress from a 4/4 Andante Romance to a Waltz, then a Siciliana and finally a 2/4 Scherzo and trio. The last three variations also give an effect of speeding up but this time the process is done by an increase in contrapuntal movement from variation to variation. From the stillness of a choral the music moves into a four part fugue and finally into a two part gallop finale.

Each variation is heralded in by a four note link which not only gives a hint of the character of the next variation but at several points in the work, this itself becomes a focus which undergoes variation.

The first performance was given by Ensemble 13 conducted by Tomas Creagh-Fuller at St Edmund's Church, Village Way, Beckenham, Kent on 29 September 2001

In order to submit this score to ScoreExchange.com Adrian Connell has declared that they own the copyright to this work in its entirety or that they have been granted permission from the copyright holder to use their work. If you believe that this score should be not available here because it infringes your or someone elses copyright, please report this score using the copyright abuse form.

Reviews of Variations for Strings