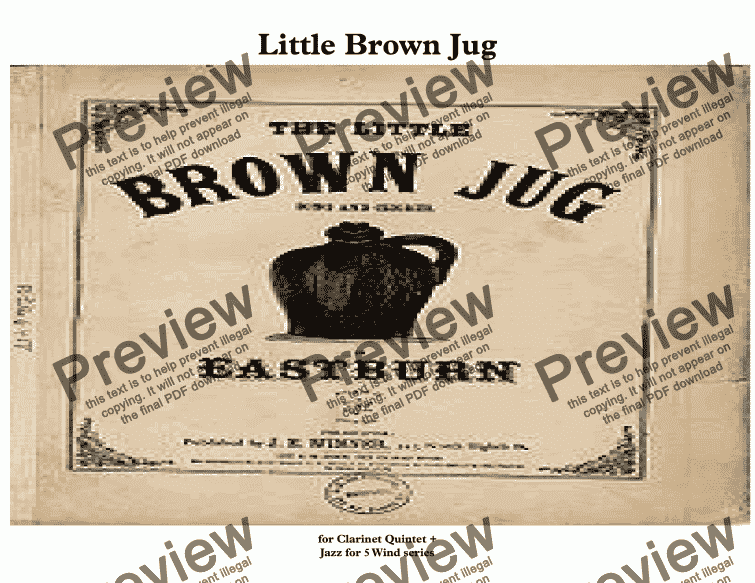 An arrangement of Little Brown Jug for Clarinet Quintet +. This means the chart works for 5, but can be expanded it you have more players at hand. Check out the American Clarinet Ensemble Clarinet Fusion; if you want to hear a great performance!

It was originally a drinking song. It remained well known as a folk song into the early 20th century. Like many songs which make reference to alcohol, it enjoyed new popularity during the Prohibition era. In 1939, bandleader Glenn Miller recorded and broadcast his swing instrumental arrangement of the tune with great success, and the number became one of the best known orchestrations of the American Big Band era His version did not have the lyrics.

In 1939, Glenn Miller and His Orchestra released a hit version of the song on RCA Bluebird, as an A side 78 single, B-10286-A, in a new arrangement by Bill Finegan backed with "Pavanne". The recording was an early chart hit for Glenn Miller. The song was performed in Glenn Miller’s Carnegie Hall concert that year and became a staple of the Glenn Miller Orchestra repertoire and a classic of the Big Band era.

The song was featured in and was central to the plot of the 1953 Universal Pictures film biography The Glenn Miller Story starring James Stewart and June Allyson.

If you are performing one of my works, kindly let me know the venue and e-mail me a copy of the programme if possible. 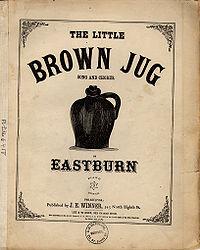