By: Words & Music by Carl Sigman & Jerry Gray
For: Brass quintet
This music is in your basket
View basket
Loading... 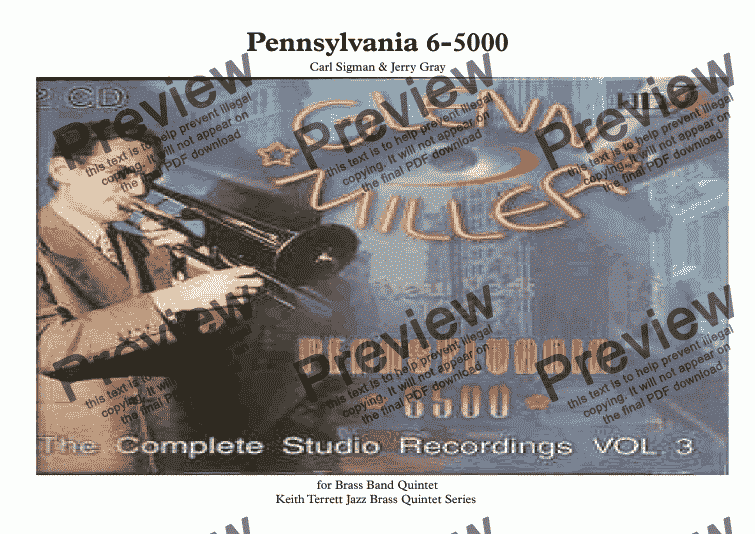 Composer
Words & Music by Carl Sigman & Jerry Gray
Year of composition
1940
Arranger
Keith Terrett
Year of arrangement
2018
Publisher
Music for all Occasions
Difficulty
Moderate (Grades 4-6)
Duration
3 minutes
Genre
Jazz music
License details
For anything not permitted by the above licence then you should contact the publisher first to obtain permission.

An arrangement of Pennsylvania 65000 for Brass Band Quintet.

Pennsylvania 6-5000" is a 1940 swing jazz and pop standard with music by Jerry Gray and lyrics by Carl Sigman. It was recorded by Glenn Miller and His Orchestra as an RCA Victor Bluebird 78 rpm single. According to a TV-interview with John Best, he originally improvised the famous trumpet-solo on the Glenn Miller recording of Pennsylvania 6-5000, and it is widely emulated ever since, on that tune.