By: Will Elsom
For: Voice + keyboard
This music is in your basket
View basket
Loading... 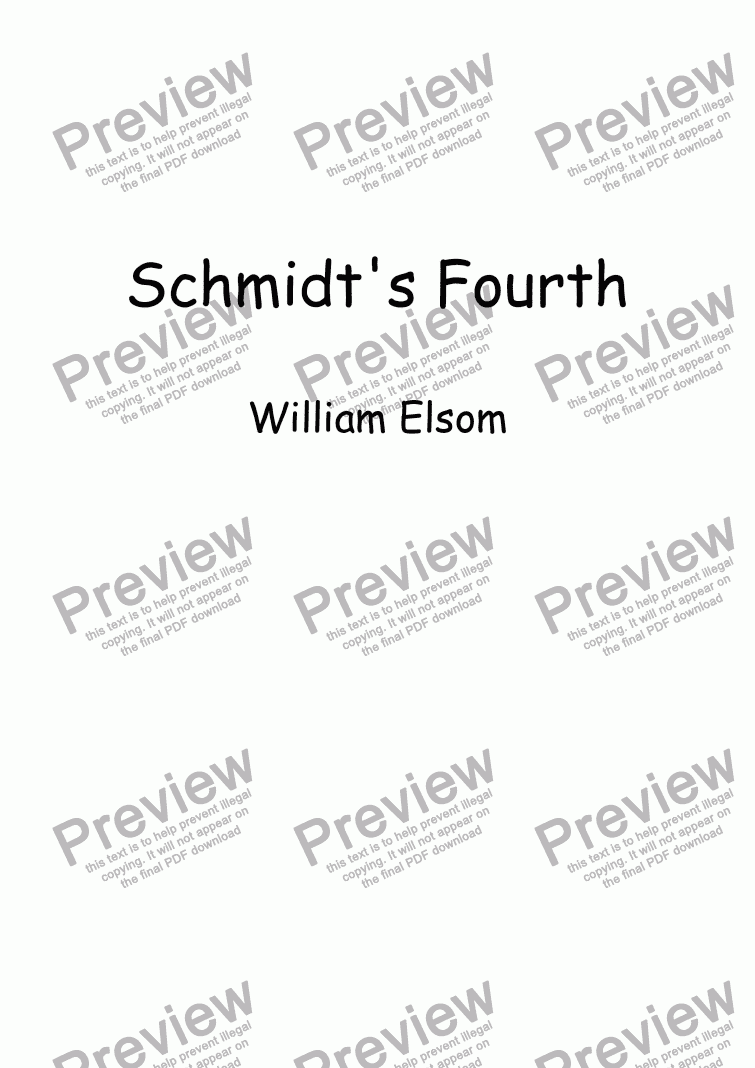 By: Will Elsom
For: Voice + keyboard

Composer
Will Elsom
Year of composition
2004
Lyricist
Jon Smith
Difficulty
Moderate (Grades 4-6)
Duration
5 minutes
Genre
Modern classical music
License details
For anything not permitted by the above licence then you should contact the publisher first to obtain permission.

I bumped into Jon on Waterloo Station, and the subject progressed from health in the New Year to music to poetry, Jon saying he couldn't write a melody and me saying I couldn't write lyrics or a poem. This is the resultant collaboration. Visit www.smithmustscore.tk to see more of Jon's poems.

Jon Smith died on 17th March 2005. Jon loved the trumpet far more than the cornet, so we didn't see him at Fulham as often as I would have liked. He was a fun guy to be around, and loved to see the fun in any situation (sometimes to distraction!) His main love in the brass band was the "Floral Dance", especially the Soprano line, and he could sometimes be persuaded to help out in our small group if FD was on the playlist. He was a very good trumpet player, and not far off that mark when playing the cornet.

Jon was an avid fan of Just a Minute and I'm Sorry I Haven't a Clue. I recall fondly a drive back from a concert with my girlfriend Anne and Jon, where we played a few JAM tapes, and laughed ourselves hoarse. We then played a game of "Late Entrants to the Orchestral Ball", and at one point I had to pull over as I was laughing so much.

Rest in peace, Jon. Whenever I hear the Floral Dance, I'll think of you.

Sorry, there's no reviews of this score yet. Please .
In order to submit this score to ScoreExchange.com Will Elsom has declared that they own the copyright to this work in its entirety or that they have been granted permission from the copyright holder to use their work. If you believe that this score should be not available here because it infringes your or someone elses copyright, please report this score using the copyright abuse form.