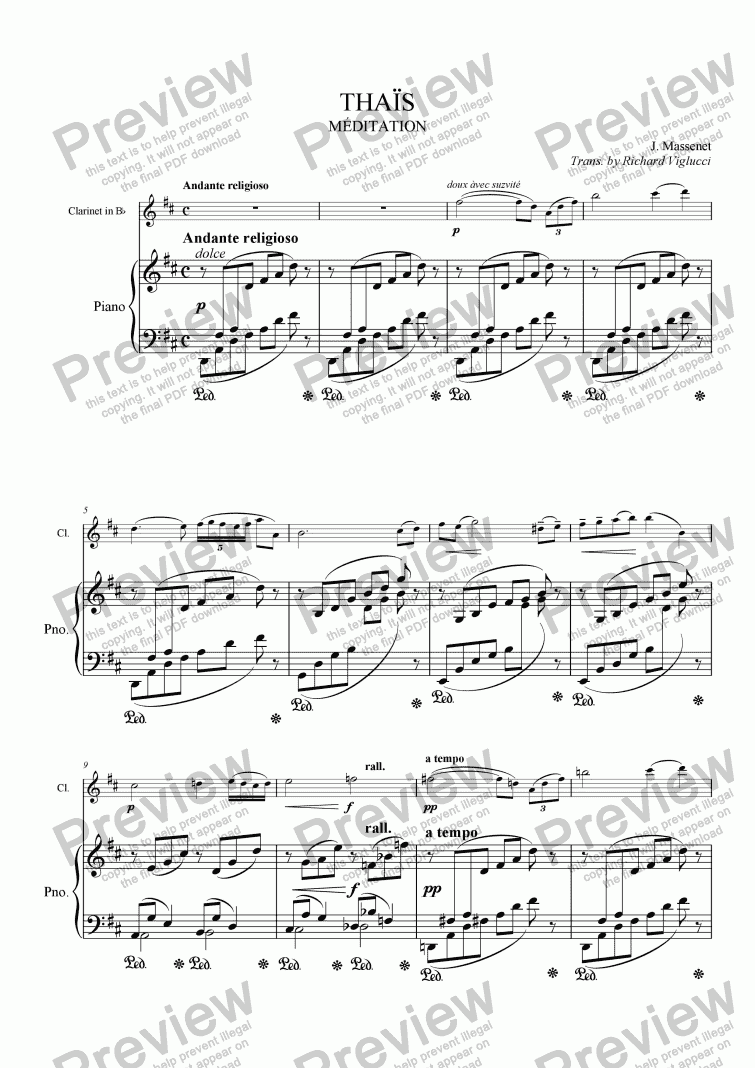 One of the world's great encore pieces, the Meditation comes from the opera Thais which Massenet wrote in 1893. Thais is based on a novel by the French author Anatole France, which tells of a fourth century Egyptian courtesan called Thais, who was converted to Christianity by a hermit monk who lived in the desert, and eventually became a saint. Despite (or because of?) the unlikely plot, the opera was a great success, and stayed in the repertory of the Paris Opera continuously until 1956.

The Meditation is an interlude towards the end of the opera; designed as an opportunity for the leader of the orchestra to show off his skill, it has been transcribed for almost every conceivable instrument, but it still sounds best in its original form.

In order to submit this score to ScoreExchange.com Richard Viglucci has declared that they own the copyright to this work in its entirety or that they have been granted permission from the copyright holder to use their work. If you believe that this score should be not available here because it infringes your or someone elses copyright, please report this score using the copyright abuse form.

Reviews of Meditation from Thais