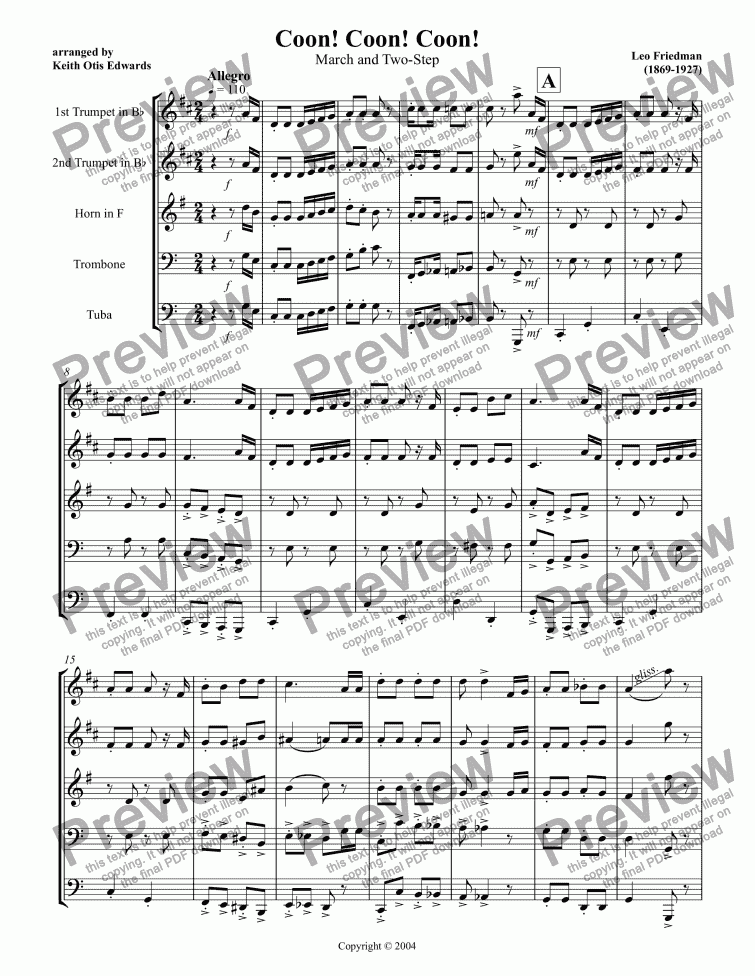 Watch the score scroll by as the music plays at https://youtu.be/JmSo4kAnZg8

I once thought that this song was originally a folk song by an African-American man complaining about the racial epithets hurled at him, but the earliest reference to it I have found is Leo Friedman's 1901 version with words attributed to Gene Jefferson, published by Sol Bloom and performed by Lew Dockstader (né George Clap) who appeared in blackface (as did Al Jolson, Eddie Cantor and Milton Berle at various times in their careers).

This arrangement was made from a later piano version which starts off with Friedman's other hit song, "My Girl from Dixie." According to the original publisher, it was the most popular tune of 1901.

In order to submit this score to ScoreExchange.com Keith Otis Edwards has declared that they own the copyright to this work in its entirety or that they have been granted permission from the copyright holder to use their work. If you believe that this score should be not available here because it infringes your or someone elses copyright, please report this score using the copyright abuse form. 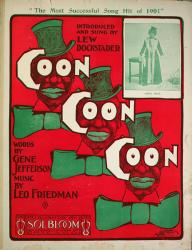