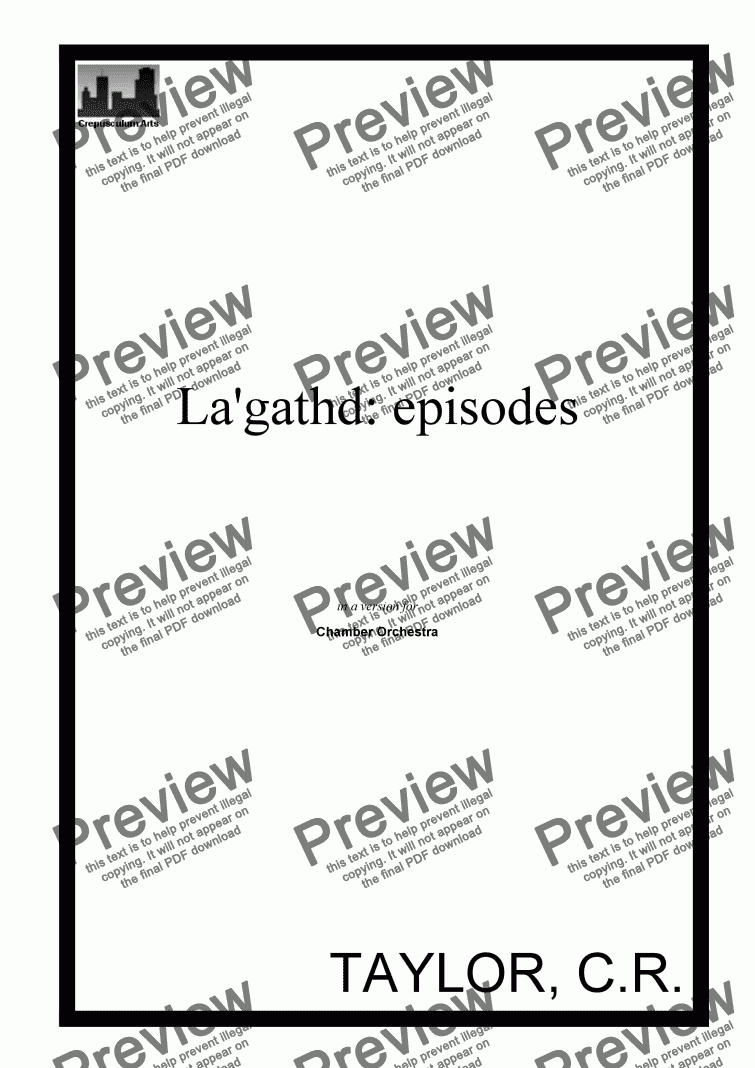 In 1802, amongst the papers of a recently dead amateur chemist and explorer there was found a fragmemnt of a page of a letter briefly referring to a sacred ceremony of a still-unknown and perhaps long-dead people (even the continent on which they lived remains unidentified).

Lasting twenty-eight days and timed to coincide with a period of flooding, the worship began, accompanied by dancing, with the ritual exhumantion of large empty ceramic 'tomb'. In memory of their ancestors who, with their singing, mythically aided the 'forces 'of good' in some ancient battle against 'evil', there followed an extraordinary "burial of music" - a daily singing into the empty tomb, performed by the elders, which was then temporarily buried. Following the storm (believed to be a manifestation of the constant struggle between 'good' and 'bad') there would be a period of introspection and mediation. Once the floodwaters had lowered there were communal prayers and a final cermonial "burial of music" and procession - 'good' had overcome 'bad' for now…

According to the explorer, "la'gathd", being difficult to translate, acts simultaneously as an all-encompassing noun (the tomb, the grave, the ceremony, the flood, the 28 days) and a verb (to offer a sacrifice, to sing to a deity, to battle against evil, to meditate during this period).

La'gathd: episodes offers a soundworld glimpse of the extraordinary events to which the explorer referred in his letter to an unknown correspondent. Self-consciously non- symphonic and deceptively disparate and fragmented, the iece is in fact strictly built around an intimately linked and specifically chosen core of rythmic motifs, harmonies and progressions. For the real musicologists out there: the whole piece can be traced back to the a well-known motif of a piece for pianoforte…

In order to submit this score to ScoreExchange.com C. Roy Taylor has declared that they own the copyright to this work in its entirety or that they have been granted permission from the copyright holder to use their work. If you believe that this score should be not available here because it infringes your or someone elses copyright, please report this score using the copyright abuse form.