My account
Help Contact
HomeInstrumentationsChoirGilbert & Sullivan - Songs from the Savoy Operas - "Dance a Cachucha" from The Gondoliers - arr. for Chamber Chorus & String Quartet by Gerald Manning

Gilbert & Sullivan - Songs from the Savoy Operas - "Dance a Cachucha" from The Gondoliers - arr. for Chamber Chorus & String Quartet by Gerald Manning 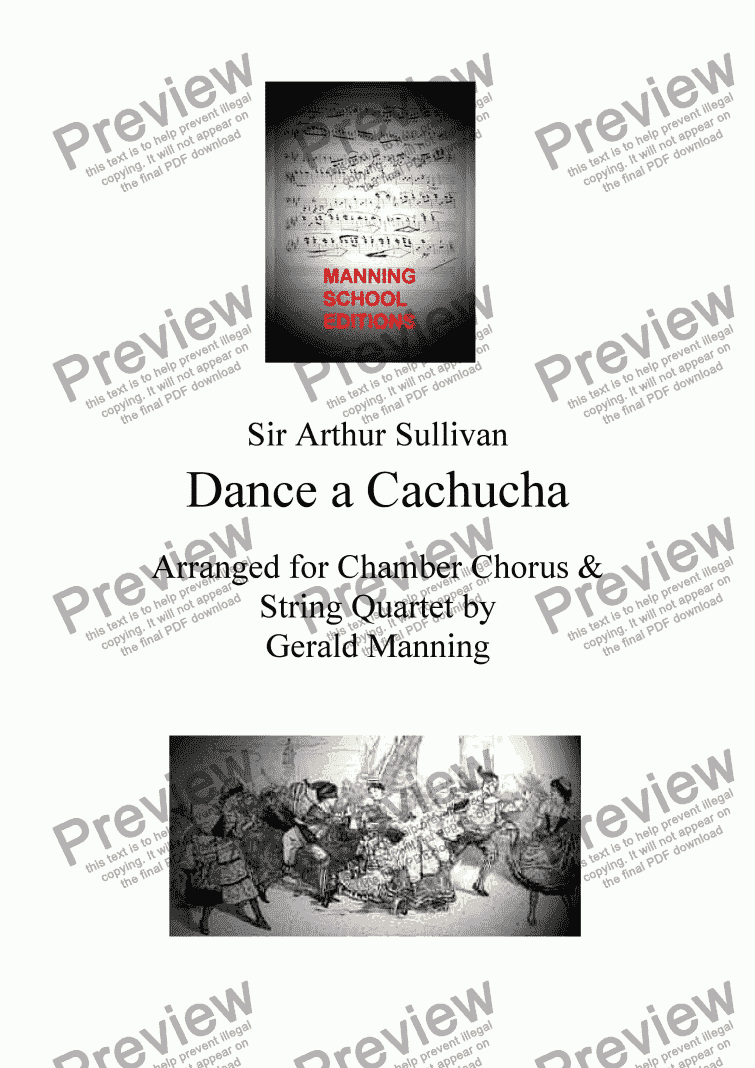 �The Gondoliers� satirizes snobbery in all tiers of society, and follows Gilbert�s favourite theme of topsy-turvydom. When he was writing the libretto for this opera, he is reported to have said, �that the public like the topsy-turvy best, so this time they are going to get it�. He obviously knew what he was talking about for �The Gondoliers� was an immense success when it received its first performance at the Savoy Theatre on Saturday, 7 December 1889. In hindsight this is hardly surprising for Sullivan�s score possesses some of the most mesmerizing and tuneful music of perhaps all his operas, which probably reached their zenith with the production of "The Gondoliers", which for sparkle, buoyancy and sheer delight in absurdity surpasses them all. After the first brilliant performance Gilbert wrote his appreciation to Sullivan-"I must thank you again," said he, "for the magnificent work you have put into this piece. It gives one a chance of shining right through the Twentieth Century with a reflected light". "The Gondoliers" ran for 554 consecutive performances and was honoured by a Command Performance before Queen Victoria at Windsor Castle in March 1891. The entire company and orchestra went there and back in a special train; the opera lasted from 9-11.30 p.m.

Reviews of Gilbert & Sullivan - Songs from the Savoy Operas - "Dance a Cachucha" from The Gondoliers - arr. for Chamber Chorus & String Quartet by Gerald Manning