By: L Claude Daquin
For: Piano four hands
This music is in your basket
View basket
Loading... 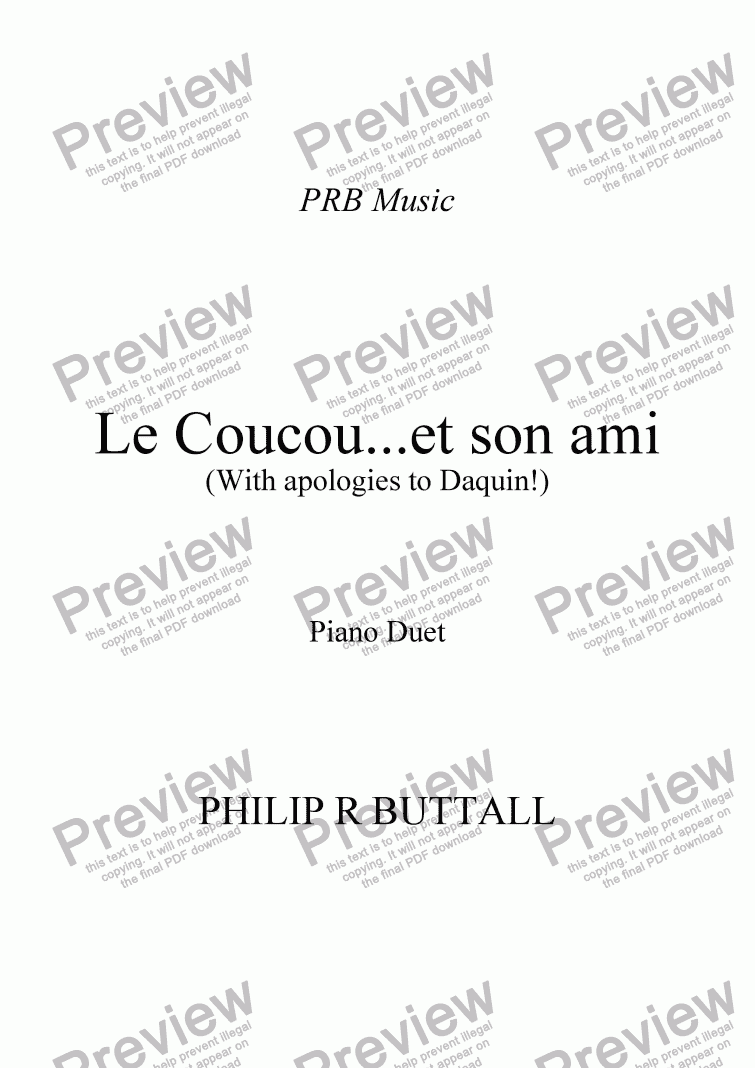 A good while ago, I added a second part to Mozart’s C major Piano Sonata (nicknamed 18th-century Drawing-Room).

Around the same time, I did similarly with another piece which most youngsters encounter in the earlier stages of learning, Le Coucou by the French harpsichordist, Louis-Claude Daquin. I was initially tempted to arrange this for two pianos, rather than piano-duet, as with CPE Bach’s Solfeggietto. But not everyone has access to two pianos, so I decided on the same format as the Mozart. This was quite challenging, because there isn’t a great deal of ’room’ below Daquin’s original score!

Again, I’ve used a walking-bass, similar to the Bach, and tacked on a short, 4-bar introduction, which appears again towards the end, just before the final return of the main theme. Purists may omit these two additions if they wish! There are also four extra bars at the close, which the secondo part needs to play, but which again may be left out by the primo, if so desired.

Rhythmically, I have largely been able to capitalise on the piece’s own typically Baroque momentum, but have added a couple of extra melodic ideas along the way - not all my own!

It’s important to observe the occasional instruction to leave a note quickly, or else perhaps run the risk of being pierced by an over-zealous fingernail!