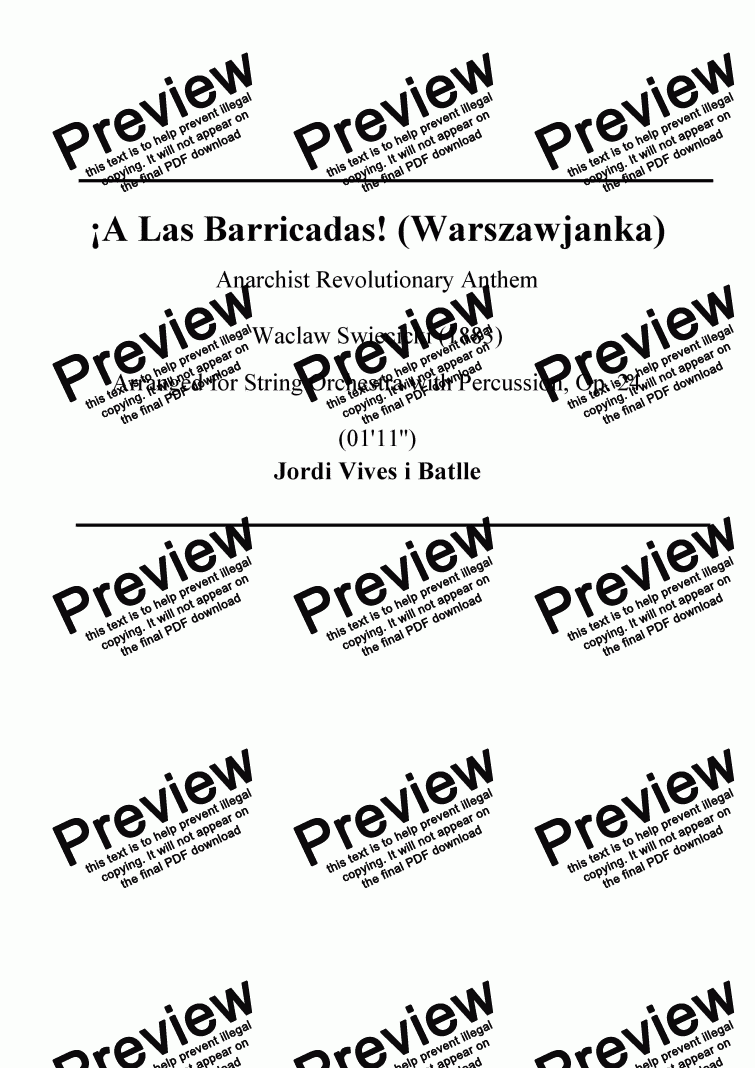 A Las Barricadas! was one of the most popular songs of the anarchists during the Spanish Civil War. In the background of the fight against fascism there was a profound libertarian revolution throughout the country. This is my first arrangement of a song from these revolutionary times. In the run up to the 70th anniversary of the Spanish War, I want to dedicate this music to the victims of tyranny and oppression from all over the world.

This song has a fascinating history. According to my research in 1883 the Polish writer Waclaw Swiecicki, a revolutionary militant, wrote a song entitled Warszawjanka, and to it was added the music of a Polish traditional song of freedom from 1836 (possibly The Zouave�s March; composer unknown). The same music can also be heard in the march �Les Hussards de Bercheny�.

As a song of struggle it was very popular in Russia during the revolutions of 1905 and 1917. The song arrived to Spain in the times of the 2nd Republic, where it was translated by the Anarchist militant Valeriano Orob�n Fern�ndez (1901-1936). Soon the song became the anthem of the Anarchist Union CNT and as such it is sung by many to the present day.