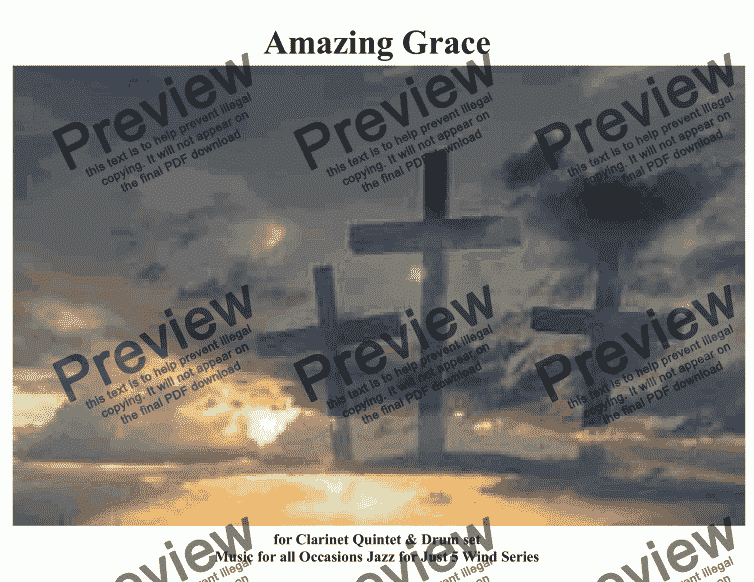 "Amazing Grace" is a Christian hymn published in 1779, with words written by the English poet and Anglican clergyman John Newton (1725–1807), arranged here for Clarinet Quintet +. This means there are parts added that double the existing parts, such as the Bb 4 which covers the Eb Alto 4.