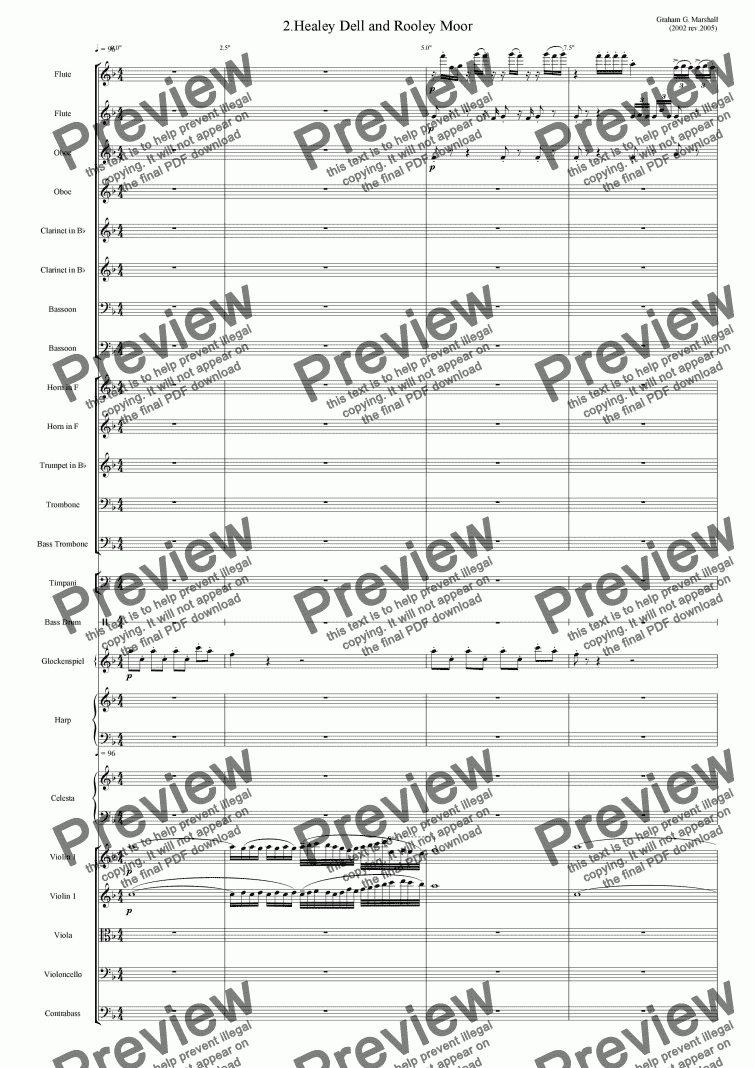 Rochdale is one of the many towns in the north west of England which grew up rapidly and flourished for several generations as the scene of frantic experiment and growth during the 'industrial revolution' of western Europe. It is set in a river (the Roch) valley among the moorlands of old Lancashire to the north of the city of Manchester. Outside the busy commercial and industrial town centre are many pleasant and some even quite spectacular areas of natural beauty, like Healey Dell - now a nature reserve - which is a narrow gorge cut out of the rock by the river Spodden as it flows down from Rooley Moor to reach its confluence with the Roch in Spotland. A monumental viaduct spans the river at the highest and steepest point of the dell. Animal and bird sounds echo and re-echo with the sounds of wind and the rustling of trees and plants………….

In order to submit this score to ScoreExchange.com Graham G. Marshall has declared that they own the copyright to this work in its entirety or that they have been granted permission from the copyright holder to use their work. If you believe that this score should be not available here because it infringes your or someone elses copyright, please report this score using the copyright abuse form.

Reviews of LANDSCAPES OF ROCHDALE 2. Healey Dell and Rooley Moor