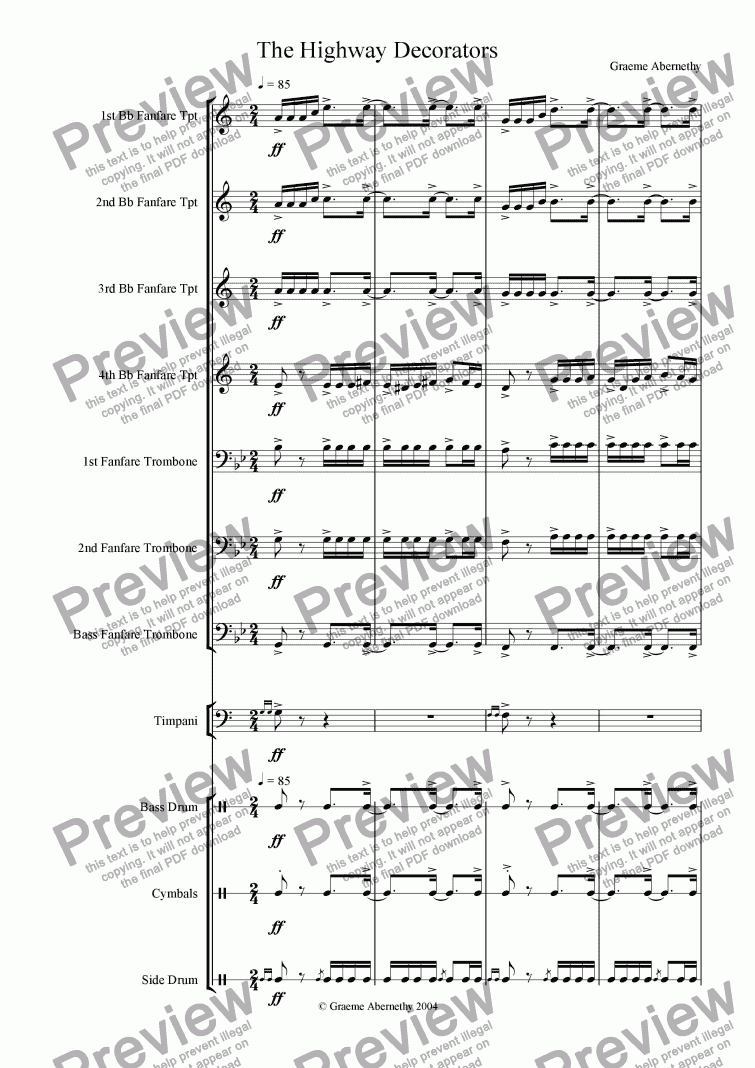 A fanfare based on the traditional Scottish tune "The Drunken Piper". It was first performed by fanfare trumpeters from the Band of 51 Highland Brigade at the annual lunch of the 51st Highland Division Officers' Club in 2000. The title comes from the propensity, during the Second World War, of the 51st Highland Division to paint its emblem wherever it went - hence "The Highway Decorators" as the Division became known. For details and the logo see:-

"The Drunken Piper" was chosen as the basis for the fanfare, as it is the tune generally used for the Scottish Country Dance "The Reel of the 51st" which was devised by officers of the 51st Highland Division in German captivity after the capture of the Division at St Val�ry-en-Caux on 12th June 1940. See:-

The Band of 51 Highland Brigade is proud to retain the "HD" emblem as its logo to this day.

Whilst designed for fanfare instruments, it can be played perfectly well with normal trumpets/cornets on the fanfare trumpet parts, trombones or euphoniums on the fanfare trombone parts and a tuba or bass trombone on the bass parts. Percussion parts, though desirable, are optional.

In order to submit this score to ScoreExchange.com Graeme Abernethy has declared that they own the copyright to this work in its entirety or that they have been granted permission from the copyright holder to use their work. If you believe that this score should be not available here because it infringes your or someone elses copyright, please report this score using the copyright abuse form.

Reviews of Fanfare - The Highway Decorators