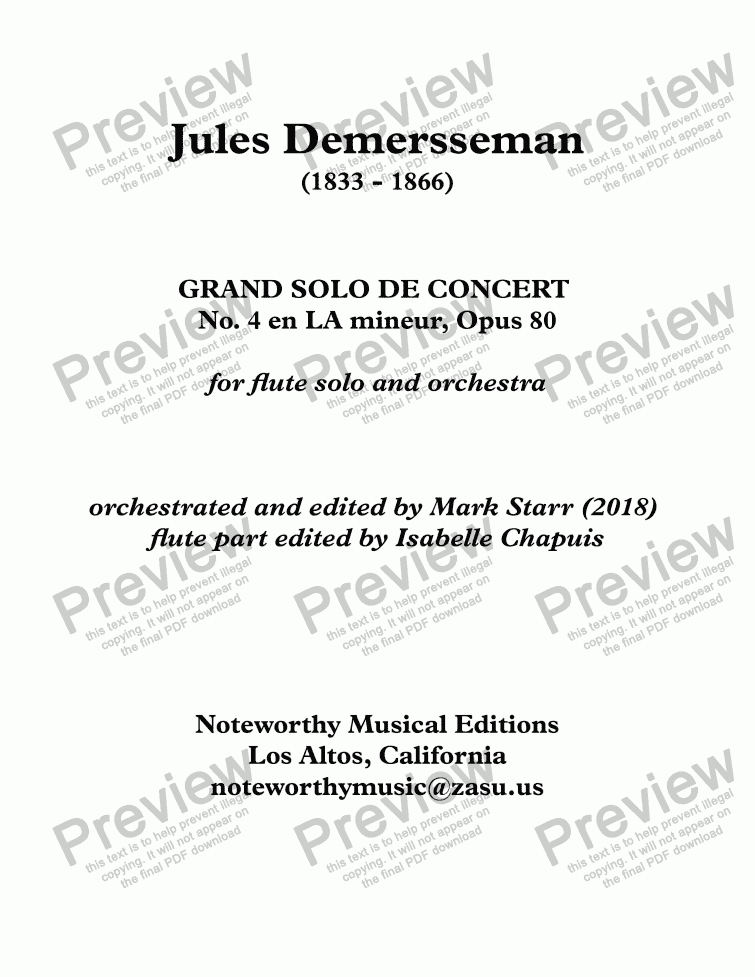 Jules Demersseman was a Belgian flutist and composer who was considered to rank among the greatest flute virtuosi of the 19th Century. When he died suddenly and without any explanation in Paris in December 1866, the French musical journal 'Le Moniteur des pianists' proclaimed that Demersseman was "the leading virtuoso flutist in Paris." This informative article is today quite moving:

"Artistic youth just suffered a great loss. Jules Demersseman, the leading virtuoso flutist in Paris, died several days ago, scarcely 34 years old. Certainly, one always regrets the disappearance of an artist of superior talent when Death carries him away. Whatever his age, one regrets these sad occasions because his loss is a cause for mourning the art of music. But when Death strikes a man so young and upon whom we bestowed such hope for his future, the pain is even more poignant. There is mixed in this news a vague anger against the blind fate that the ancients called Destiny; the fatalists placed Destiny above the divinities.

"There was no sign that forewarned of the premature end of Demersseman. He was young. He was vigorously constituted. He only dreamed of the future, and he worked without cease. His friends–and the number is great–foresaw a long and brilliant future for him. Each time he published a new work, everyone sought it with great interest, and each new work was well worth the wait. He was virtuoso who appeared before the public, and the crowds acclaimed him. He was esteemed by all artists, beloved by all those who knew him. Demersseman leaves a celebrated name and unanimous regrets over his too early departure..

"The newspapers recently announced the appearance of new works from him. Just a few days later, they publish his necrology. Poor Demersseman! Like so many other superior spirits, you have died just at the moment when fame whispered its sweet promises, when youth smiles yet in your dreams of the future. If regrets can offer some consolation to the bereaved, Demersseman had already accomplish so much in his short life, though tears now cover his mortal remains. One is happy that the infinite wisdom of the Divine gave to humanity such invincible hope, for only courage on earth can enable us to continue to fight against Destiny in the presence of such catastrophes."

However, it was apparent to Mark Starr that this work was conceived as a small concerto for flute solo and orchestra in three connected movements, and that the piano part was essentially a reduction of orchestral composition. Employing a medium-size symphony orchestra of the type that was common in France in mid-19th Century concerts, Starr has scored this work to realize its full dramatic potential and colorful splendor. Needless to add, the virtuoso flute part, here edited by French flutist Isabelle Chapuis, challenges the techniques of modern-day flutists to the nth degree. All of the newly inserted cadenzas were composed jointly by Mark Starr and Isabelle Chapuis.

If you listen to the audio demo of this work, please leave a comment with your reactions to the music. Mr. Starr is always interested in listeners' opinions about the work, about the composer, and about his orchestrations. 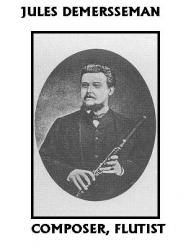