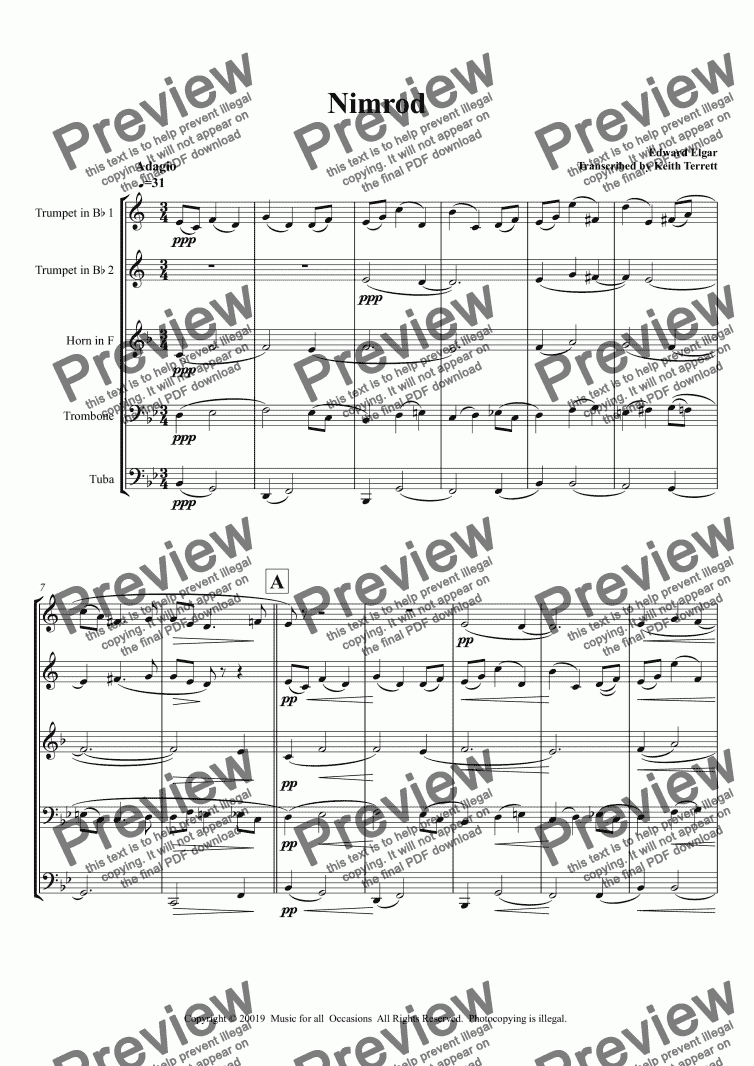 Transcribed for Brass Quintet, Variation IX (Adagio) "Nimrod" makes a perfect piece for your ensemble to work on in terms of legato playing with a huge range of dynamics!

Augustus J. Jaeger was employed as music editor by the London publisher Novello & Co. He was a close friend of Elgar's, giving him useful advice but also severe criticism, something Elgar greatly appreciated. Elgar later related how Jaeger had encouraged him as an artist and had stimulated him to continue composing despite setbacks. The name of the variation refers to Nimrod, an Old Testament patriarch described as "a mighty hunter before the Lord" – Jäger being German for hunter.

In 1904 Elgar told Dora Penny ("Dorabella") that this variation is not really a portrait, but "the story of something that happened". Once, when Elgar had been very depressed and was about to give it all up and write no more music, Jaeger had visited him and encouraged him to continue composing. He referred to Ludwig van Beethoven, who had a lot of worries, but wrote more and more beautiful music. "And that is what you must do", Jaeger said, and he sang the theme of the second movement of Beethoven's Piano Sonata No. 8 Pathétique. Elgar disclosed to Dora that the opening bars of "Nimrod" were made to suggest that theme. "Can't you hear it at the beginning? Only a hint, not a quotation."

This variation has become popular in its own right and is sometimes used at British funerals, memorial services, and other solemn occasions. It is always played at the Cenotaph, Whitehall in London at the National Service of Remembrance. A version was also played during the Hong Kong handover ceremony in 1997 and at the opening ceremony of the London 2012 Olympic Games. The “Nimrod” variation was the final orchestral composition (before the national anthem) played by the Greek National Orchestra in a televised June 2013 concert, before the 75-year-old Athenian ensemble was dissolved in the wake of severe government cutbacks.

An adaptation of the piece appears at the ending of the 2017 film Dunkirk as part of the score. 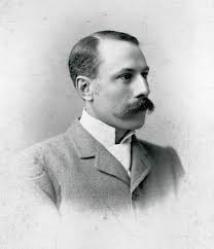 Reviews of Nimrod for Brass Quintet